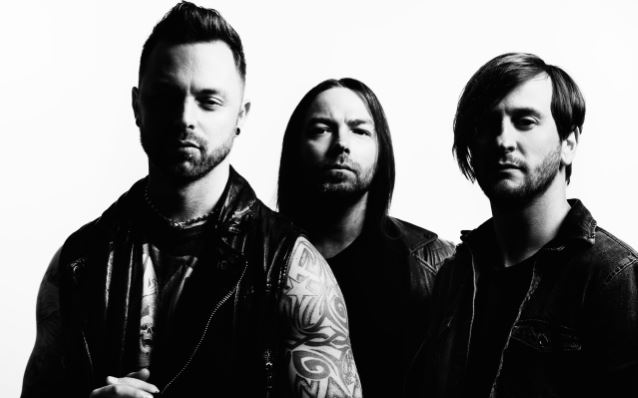 BULLET FOR MY VALENTINE To Release 'Venom' Album In August; New Song 'No Way Out' Streaming

Welsh metallers BULLET FOR MY VALENTINE have set "Venom" as the title of their new album, due on August 14. The CD was recorded with producer Colin Richardson (CARCASS, FEAR FACTORY, MACHINE HEAD) and producer/engineer Carl Bown.

A track from "Venom" called "No Way Out", will be released digitally tomorrow (Monday, May 18) and a lyric video for the song can now be seen below.

Speaking about the band's mindset going into the songwriting process for the new CD, BULLET FOR MY VALENTINE guitarist/vocalist Matt Tuck told U.K.'s Metal Hammer magazine: "What we really wanted to capture was the feeling of that excitement, that angst and that anger, that you finally get in that moment to let the world know who you are and what you want to say. Then, as the albums go on, and you get a bit older, that goes away. So we're like, 'Let's recapture that angst of that younger, feisty BULLET that we used to be,' and fucking reignite that fire. And we totally have. We've just been writing stuff, and if it's not cool, we've been filtering it out. We've cut, like, 10 songs. That's a lot of effort and time and shit put into those songs, but it didn't feel right, so we put them in the bin."

Asked about the slightly less aggressive musical direction of BULLET FOR MY VALENTINE's fourth album, "Temper Temper", compared to some of the group's earlier efforts, Tuck said: "I think, for me, it was just about letting your fucking hair down a bit. It always felt like we were being channelled towards something like radio and massive shows, and stuff like that — which is great, because that's obviously what we want, but it was like a diluted version of what we were. I don't think it's a bad album at all. I just think our fanbase wanted something a bit more feisty. It basically comes down to that. So this time around, we're fucking giving it to them, tenfold."

BULLET FOR MY VALENTINE recently parted ways with bassist Jason James and replaced him with Jamie Mathias. The band said in a statement, "It is with regret that BULLET FOR MY VALENTINE has to announce that Jay James is no longer a member of the band. Jay has been a part of this band for well over 12 years and part of our lives forever, and we're gonna miss him as much as we know you guys are too. We wanna wish him all the best and success with whatever he chooses to do next and will always be grateful for his contribution and sacrifices he made for this band."

Tuck told The Pulse Of Radio what is important to BULLET FOR MY VALENTINE when they're making a new record. "The big thing that we've learned is, like, you're not gonna please everyone all the time," he said. "As long as you do what you want to do and the band is happy and you feel you haven't given away your integrity, you know, I don't really care if people go, 'Oh, it's not metal enough, it's not heavy enough.' It's like, that's not what we are."

The band also wrote online that 2015 is "shaping up to be a massive year for us, with lots of exciting things going on behind the scenes which we'll be announcing as soon as we can."

"Temper Temper" came out in March of 2013. The band issued a brand new song called "Raising Hell" in November of that year, although it's not clear if that track will show up on the new album. 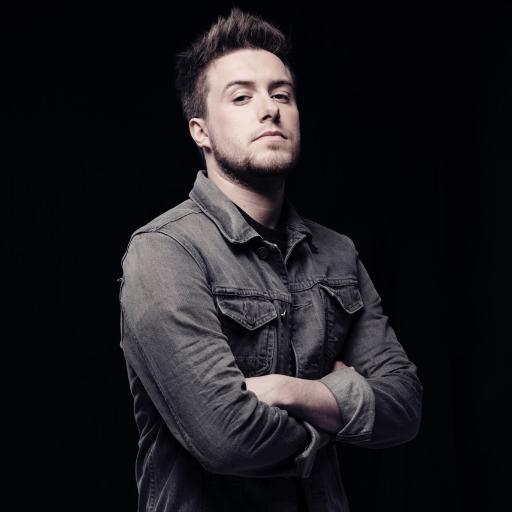