BULLET FOR MY VALENTINE: Video Of Entire Moscow Concert

Fan-filmed video footage of BULLET FOR MY VALENTINE's entire April 19 concert at Adrenaline Stadium in Moscow, Russia can be seen below.

BULLET FOR MY VALENTINE is continuing to tour in support of its latest album, "Gravity", which was issued in June. The effort was made available through BULLET FOR MY VALENTINE's new label home, Search And Destroy, the imprint launched in 2014 by Spinefarm and international artist management company Raw Power Management.

Last summer, frontman Matt Tuck defended BULLET FOR MY VALENTINE's decision to add more electronic elements to its distinct signature sound on "Gravity", telling Full Metal Jackie's nationally syndicated radio show: "Well, this is album number six. We've been around a long time now; we've had five previous records. And we've kind of stuck to a certain way of writing, a certain sound and formula for many years now, and we just felt that the time was right to add different colors, sounds and elements and diversity to our sound and our songwriting abilities. It was just something that we've never really done in the past; we've dabbled on it slightly on a couple songs on 'Venom'. So we knew that, if done right, it's a very powerful way of enhancing the feel of a song, just like movie soundtrack stuff."

He continued: "We really wanted to kind of ease back on the more technical side of the band, which we displayed numerous times over the years on every single record, with shredding solos and really complicated song structures and drum patterns and stuff like that, and we just wanted to simplify everything and just have foundations and walls of sound, so that the lyrical content and the vocal performances, especially, were in the spotlight on every single song this time. It was a different way of writing, a different approach, but it's something that, looking back on it, it was the right thing to do. And the way 'Gravity' has turned out and how big and anthemic and how good the songs sound, I think if was definitely the right thing to do. We could have easily gone down the route of writing another kind of shreddy metal-style record, but it wasn't really pushing any boundaries for us as a band or songwriters; it just wasn't exciting or challenging anymore. So, we decided to do something different. And so we did."

Tuck also talked about how the addition of bassist Jamie Mathias and drummer Jason Bowld perior to the recording of "Gravity" affected the album's overall sound. "I just think [it was a case of] everyone kind of getting on board and pulling in the same direction," he said. "It's not easy when writing a record when you've got four very capable songwriters and musicians in the band with you. Someone's gotta kind of take the lead musically, and I had a bit more of a vision than everyone else on this one and where to take it. And thankfully, they were on board. We all wrote individually, we all wrote as a band, we wrote in pairs. If ever there was a song that someone wanted [the others] to hear, or they've done behind the scenes, everything was brought to the table and we just kind of listened to everything as a unit."

He added: "Having Jason and Jamie on board now, it just gives the band a kind of extra lease on life in a way. They've brought a very new energy to the band, which we haven't had for a while. They have an outsider's perspective as well, which is great, 'cause me and Padge [guitarist Michael Paget], obviously, being here since day one, we don't really know an outsider's perspective, really, from our point of view. We just live it every day and have been for, like, 15 years. So for them to come inside and give us their thoughts on what the band should do and how they feel the band should sound is great. It's just reinvigorated everything massively compared to what it was a couple of years ago." 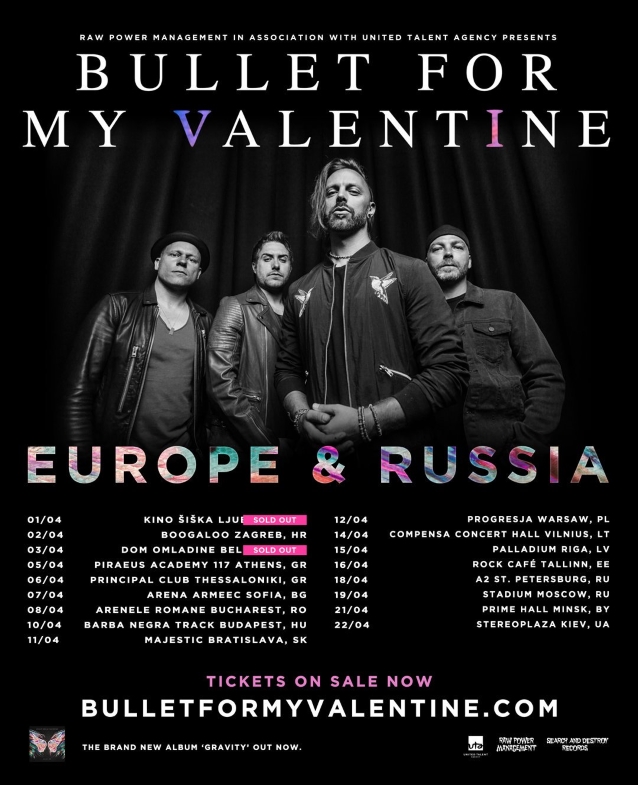