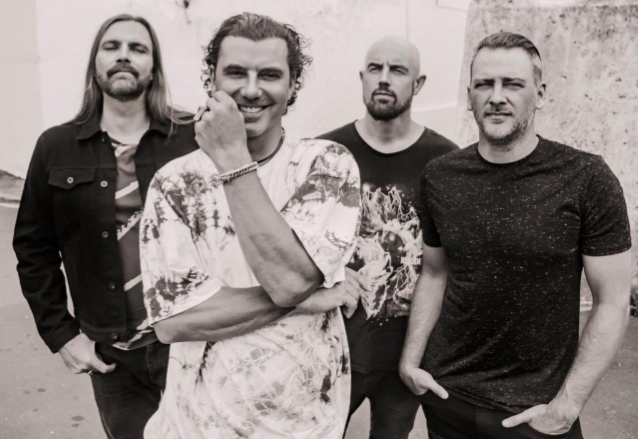 After an incredible summer on this year's hottest rock concert package with comrades ALICE IN CHAINS and BREAKING BENJAMIN that sold close to 400,000 tickets, Grammy-nominated rock band BUSH will hit the road again in 2023 in support of its new album, "The Art Of Survival". The U.S. tour kicks off on January 28 in Reno, Nevada, along with some very special guests, including Jerry Cantrell, CANDLEBOX and SILVERSUN PICKUPS.

BUSH singer and guitarist Gavin Rossdale stated: "We'll always love playing those big summer shows and the big stages, but we wanted to do some shows where we could get close to the die-hard BUSH fans again. We're excited for this run coming up."

"The Art Of Survival" encompasses the resiliency of the human spirit in the face of trial and tribulations as the band's own enduring place as rock outliers. Songs such as "Kiss Me I'm Dead" and "Gun Fight" represent the horrors that's going on in this country, while "Identity", "Shark Bite" and "Creatures of The Fire" capture the strength of people during these dark times. BUSH's euphoric rock revelation "Heavy Is The Ocean" encourages love and recognizes the bravery behind freely expressing your feelings.

Forging ahead once more, BUSH wrote and recorded what would become "The Art of Survival" during 2022, reteaming with Erik Ron (PANIC! AT THE DISCO, GODSMACK) who produced "Flowers On A Grave" and the title track for the group's previous album, "The Kingdom" (2020),and collaborating once again on two tracks with film composer, musician, and producer Tyler Bates ("300", "Guardian Of The Galaxy").

In a recent interview with Stereogum, Rossdale was asked about the "more metallic sound" of "The Art Of Survival" compared to BUSH's earlier efforts. He responded: "Metallic, or metal? It's not a metal record, 'cause I don't sing that way, [but] look, I'm always trying to push. 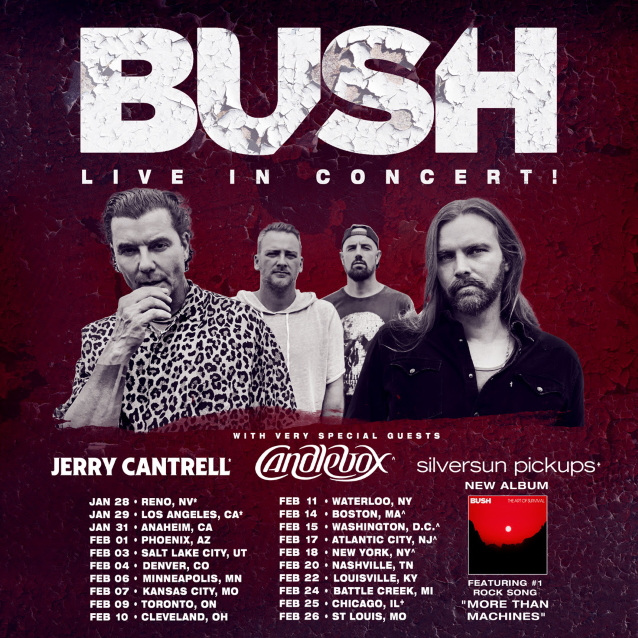