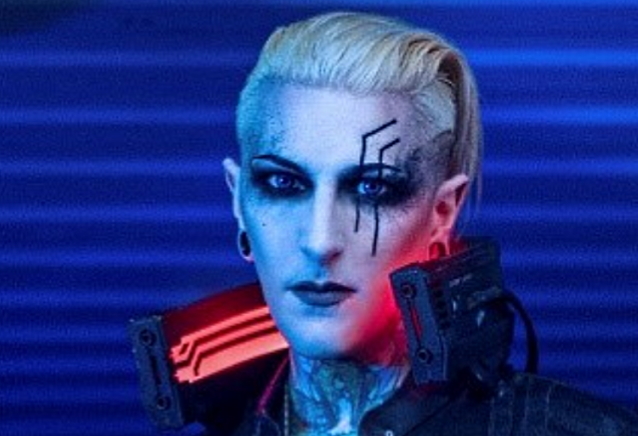 MOTIONLESS IN WHITE has canceled its appearance tonight (Tuesday, December 6) at the Tucson Convention Center in Tucson, Arizona after vocalist Chris "Motionless" Cerulli came down with "an upper respiratory infection." MOTIONLESS IN WHITE's tourmates ICE NINE KILLS, BLACK VEIL BRIDES and ATREYU will go ahead with the concert as scheduled.

"It kills me to have to do this, but unfortunately, we will not be performing at tonight's show in Tucson.

"I have been fighting an upper respiratory infection for a few days now, and as I learned at last nights show, I am physically unable to perform, and I need to let my body rest and recover. BVB, INK, and ATREYU will all still be performing tonight as scheduled.

"We hope you still enjoy the show with these amazing bands, but refunds are now available at your point of purchase.

"We will be picking back up tomorrow in Los Angeles.

"Thank you for understanding.

In October, MOTIONLESS IN WHITE kicked off the third leg of the widely popular triple co-headline "Trinity Of Terror" tour alongside ICE NINE KILLS and BLACK VEIL BRIDES.

MOTIONLESS IN WHITE's latest album "Scoring The End Of The World", entered Billboard's Top Hard Rock Albums chart at No. 1 this past June, becoming the band's fifth Top 5 on the chart. The album also landed at #3 on Billboard's Top Current Albums chart, No. 2 on the Top Rock Albums tally, and No. 12 on the Billboard 200, marking the group's second largest sales week ever with 29,500 in total consumption. "Scoring The End Of The World" is also highlighted by the singles "Cyberhex", which trended Top 10 on YouTube, and the follow-up "Masterpiece", which lit up streaming platforms and reached No. 1 at Active Rock Radio earlier this month. 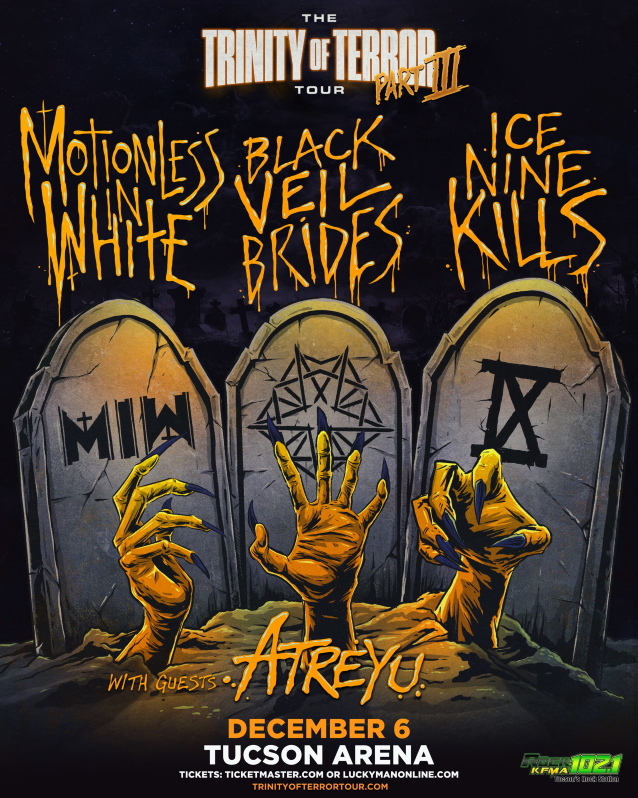