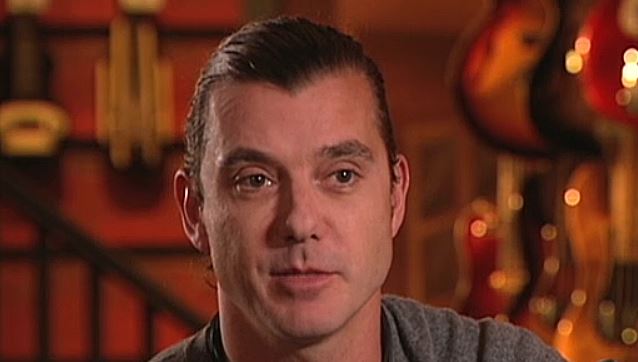 During an appearance on the September 9 edition of "The Howard Stern Show", BUSH frontman and songwriter Gavin Rossdale was asked if he feels that rock and roll is dead and whether he agrees that there aren't rock gods anymore.

"I don't think it's dead," Gavin replied. "I think nothing is ever dead in music because it just takes the right record [for it to retake the spotlight]. But if it was in a darker shadow, I don't know how it could be."

When Stern asked Rossdale if he is shocked by this, Gavin said: "I am shocked by that, but in a weird way, perversely, it allows me to when I go in to make a rock record and the challenge to make it interesting, and to make it matter to people is even greater. And there are [still] fantastic rock bands doing records. I know the FOO FIGHTERS are about to come out with a record — they are incredible, Dave Grohl. I know the ARCTIC MONKEYS had an incredible run with their record. You've got QUEENS OF THE STONE AGE… so… it does happen. And then also for live, you know, we also get to play to play to a lot of people, so we get the balance of it. I sold a lot of records back when records were selling a lot, and now I've just accepted that to make a record is like a calling card."

Asked if BUSH's record company tried to put pressure on him to make a "more poppy" album because "rock isn't selling right now," Rossdale said: "First off, you know, on my last record [BUSH's 2011 effort, 'The Sea Of Memories'], the first record came [out] two and a half years ago — it was self-released, self-funded. It was the first record to go to Number One self-funded. I never actually had a record like that, something that no one could take away, and that was incredible. This time I'm releasing it on my own label again but in conjunction with RED, who is a division of Sony."

BUSH has released "The Only Way Out", the first single from "Man On The Run". Check it out below.