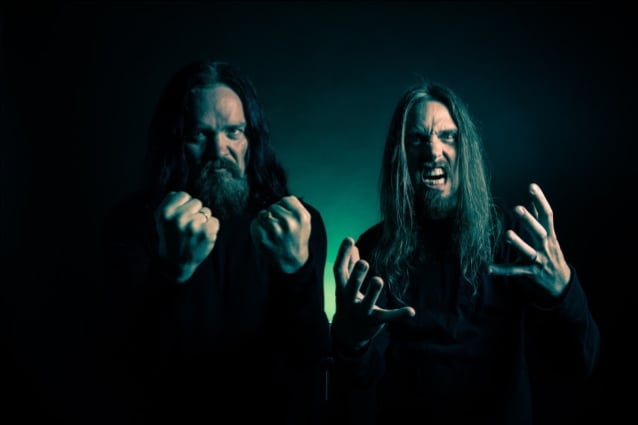 CADAVER, one of the first Norwegian death metal bands to release an LP, will unleased its new album, "Edder & Bile", on November 27 via Nuclear Blast Records. The music video for the disc's first single, "Morgue Ritual", can be seen below.

Exploding back into action for the first time since 2004, founding member and CADAVER mastermind Anders Odden (SATYRICON, ORDER) has returned to reclaim his throne as one of Europe's true death metal pioneers. He is joined in the group's current incarnation by MEGADETH (and former SOILWORK) drummer Dirk Verbeuren.

Odden comments: "I met Dirk Verbeuren during the 70000 Tons Of Metal festival in 2014. He was sitting in for Frost in SATYRICON and we played two shows together. It turned out that Dirk was a huge CADAVER fan, and at the time, I had several songs in the making for what I thought might be a solo album. The idea of kicking this all into the third version of CADAVER came into life and we started to share ideas. We had about 10 songs by the time Dirk was on tour in Europe with MEGADETH in 2016. They played in my neighborhood and we spent the afternoon jamming. CADAVER was reborn. I started to pile up ideas for new tracks and time went by.

"I really wanted this to sound like CADAVER and be up to date, yet timeless. The music is what we both consider as death metal. I have my own way of writing riffs and he has his own way of expressing them on drums that just fits and sounds great.

"We finally found the time to hit the studio in early 2019 and recorded the album in L.A. where Dirk lives and works.

"The music just sparks of energy and freshness from the experience we had jamming together. We are truly kindred spirits and are in this for the long run, for sure. 'Edder & Bile' is the manifestation of our commitment to music and the start of everlasting life for the old CADAVER."

Verbeuren states: "'Hallucinating Anxiety' threw me for a loop when I first heard it as a teenager. As such albums tend to do, it quickly became one of my favorites. I followed CADAVER through various incarnations over the years, and when the chance to work with Anders unexpectedly presented itself, needless to say, I didn't have to mull it over.

"Our goal was for 'Edder & Bile' to capture the spontaneous, filthy energy of death metal. It was an effortless collaboration — things just naturally fell into place and the result speaks for itself. Feast upon this, death fiends!"

"Edder & Bile" was produced by the band as well as Adair Daufembach who also handled the engineering. The album was recorded and mixed at Northwood Sound Studios in Hollywood, California. The album features vocal cameos from death metal icons Kam Lee (MASSACRE) and Jeff Becerra (POSSESSED),ensuring that this crushing rebirth has underground credentials to spare. The photo for the artwork was taken by Hannah Verbeuren and the layout was created by Justin Bartlett. 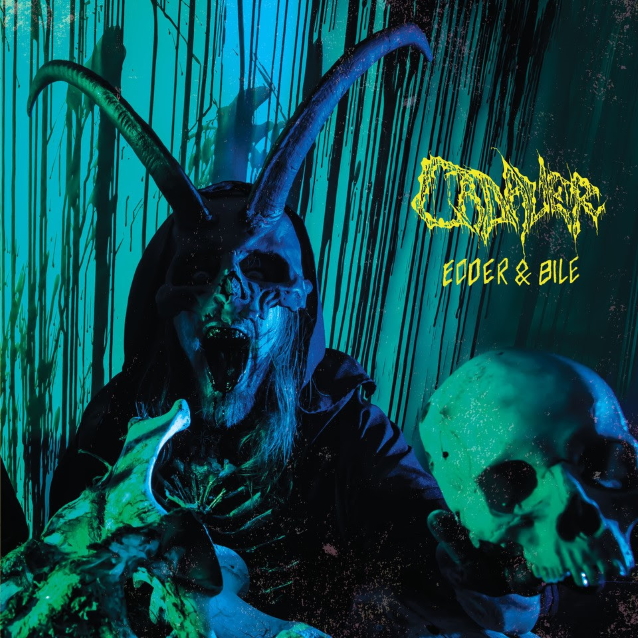