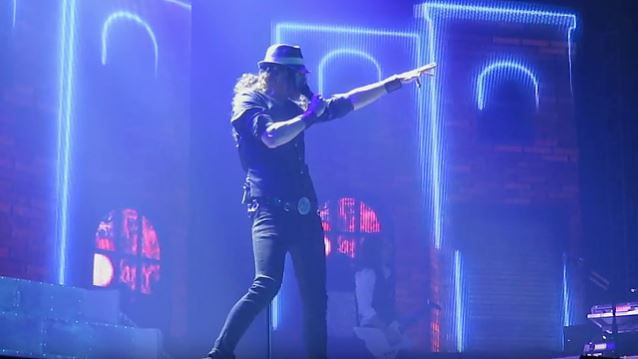 The group's 1996 debut album called "Christmas Eve And Other Stories" was the first installment of a Christmas trilogy. The disc, which established the group's style of playing classical, orchestral songs as progressive rock, sold triple-platinum. TRANS-SIBERIAN ORCHESTRA's next album, 1998's "The Christmas Attic", also sold platinum, and — after a non-holiday album "Beethoven's Last Night" in 2000 — a third Christmas disc, "The Lost Christmas Eve", also sold platinum.

TRANS-SIBERIAN ORCHESTRA's current show is an adaptation of its DVD and long-running PBS special "The Ghosts Of Christmas Eve". The "Ghosts" touring production made its debut last year and has now been brought back.

"The Ghosts Of Christmas Eve" follows a runaway who breaks into an abandoned vaudeville theater on December 24. While seeking shelter from the cold, the teen is discovered by the theater's caretaker, who uses the ghosts and spirits from the building's past to turn her life around.