Florida death metal veterans CANNIBAL CORPSE will head back out on the road this winter for U.S. live takeover. The trek will run from November 2 through December 6, with support provided by HATE ETERNAL and HARM'S WAY.

CANNIBAL CORPSE drummer Paul Mazurkiewicz told Finland's Metalliluola about "Red Before Black": "I think it's one of our best albums we've done — best collections of songs that we've put together here. I mean, we really worked very hard. Not that we've never worked hard before, of course, but for some reason, it just seemed like we worked a little extra hard. I know I did; I really wanted to take it to another level, if I could. I had really a sense of wanting to just do the best I can ever do, I guess, and I worked really hard — harder than I ever have, like I was just saying. So I'm really, really pleased with the album. I think the songs turned out great; I think they're brutal, they're catchy. We got a great guitar sound on the record. I'm really happy, actually.'

He continued: "We're always happy for a release. We always try our hardest. It's never been a thing of going through the motions with us, of course — we wouldn't be here 30 years [later] on our 14th CD. But, like I said, just for some reason or another, this one just in particular, for me, I worked so hard and extra hard, and we worked hard together as a band to really craft these songs. And I think just from being around as long as we have, we're just constantly trying to get better and becoming better songwriters and musicians and all that kind of thing. And I think it just happens with age — it should, in a sense. And you work hard and all that too, of course — everything. And that's what's kind of happening with us. I like to think that this album is a culmination of, you know, from the very beginning of CANNIBAL to, say, our 13th album, and then here you go, you've got the best of all that, and here's 'Red Before Black', our best effort to date, I believe." 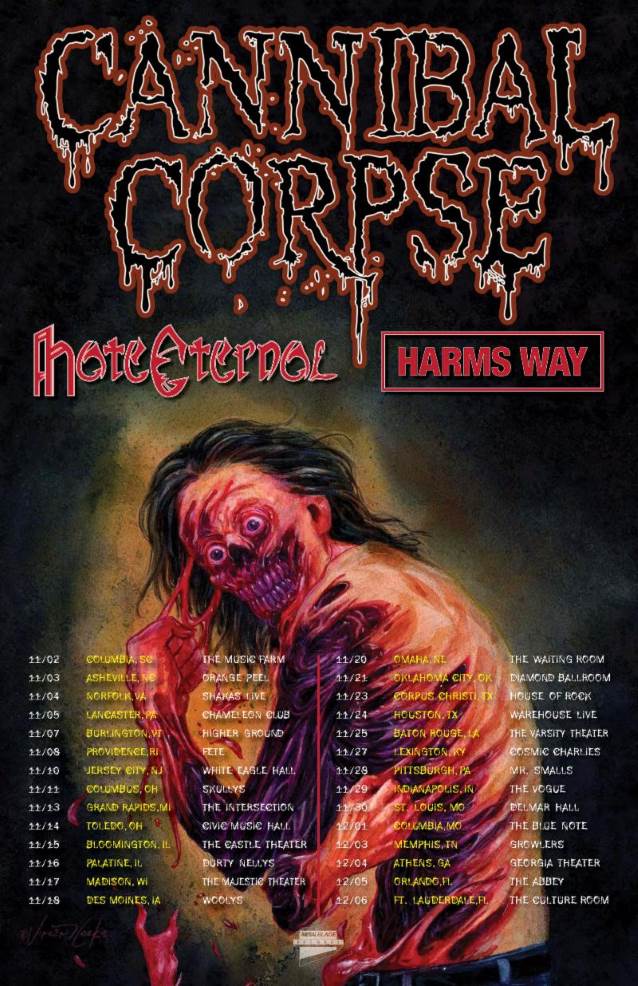