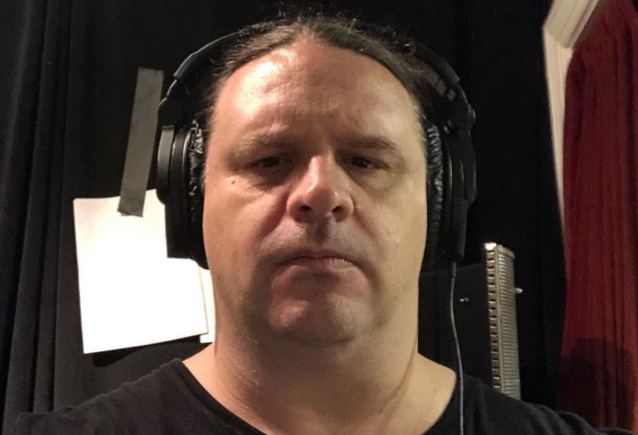 "We've gotta get back to the way it was," he continued. "And who knows if it's ever gonna be that way? I think maybe people are gonna be more cautious about washing their hands and coughing. Trust me — that's a pet peeve of mine. Before this [pandemic] ever happened, when people were just sitting on our bus [and coughing], I'm, like, 'Dude, I don't want your shit.' 'Well, you can't get it through that.' Well, you know what? I'm sorry — when you cough, you spit. You don't even see it. Go look online. There's [been] experiments. When you cough, you don't even know it. I probably spit on my [computer] screen about five thousand times while I'm talking to you, and I don't even know. So I don't like that anyway. And I'm not like some germaphobe or nothing.

"I just really want it to go back to normal," Fisher added. "I'm sure I've been singing and I spit by accident into the mic and it went over and maybe hit some kid in the head. And I can imagine that people will be thinking about that now.

"I'm not a scientist, I'm not anybody in the know, but I just hope it can come back to normal. I think mentally we're never gonna be normal again. Everybody's gonna be thinking about it in some way or another."

CANNIBAL CORPSE will release its 15th studio album, "Violence Unimagined", on April 16 via Metal Blade Records. Erik Rutan, one of the death metal's most acclaimed guitarists who is known for his time as part of MORBID ANGEL throughout the '90s and early 2000s, as well as handling vocals/guitars for HATE ETERNAL, lent his guitar as well as production skills to the effort, which was recorded at his Mana Recording in St. Petersburg, Florida. Rutan previously produced four CANNIBAL CORPSE albums (in addition to "Violence Unimagined"),alongside the likes of GOATWHORE, SOILENT GREEN and BELPHEGOR. Filling in live on guitar since 2019, in 2020 he became a full member, contributing to the writing process.