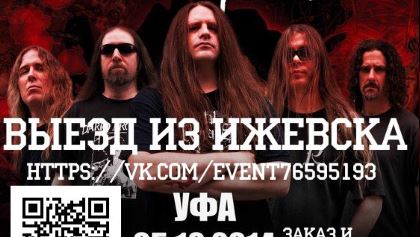 CANNIBAL CORPSE's October 5 concert at Agave in Ufa, Russia was shut down by local authorities after the club was closed for "technical reasons." Concert organizers informed ticket holders that gig would be moved to the Gafuri Park, but two hours before scheduled showtime, it was announced that the club would not be able to use the lighting equipment because rent was not paid at the venue.

"I am saddened by the fact that the show was canceled," CANNIBAL CORPSE singer George "Corpsegrinder" Fisher said in an interview with Komsomolskaya Pravda. "We heard that there were some technical issues but we kept the hope that the concert would go ahead. Unfortunately, this did not happen, and we are very sorry. We were ready to play. So it sucks, but we love [the fans] and we will do everything possible to come back and play a show."

A video report from Komsomolskaya Pravda on CANNIBAL CORPSE's concert cancelation can be seen below.

CANNIBAL CORPSE's eight-date tour of Russia kicked off on October 2 in Krasnodar. 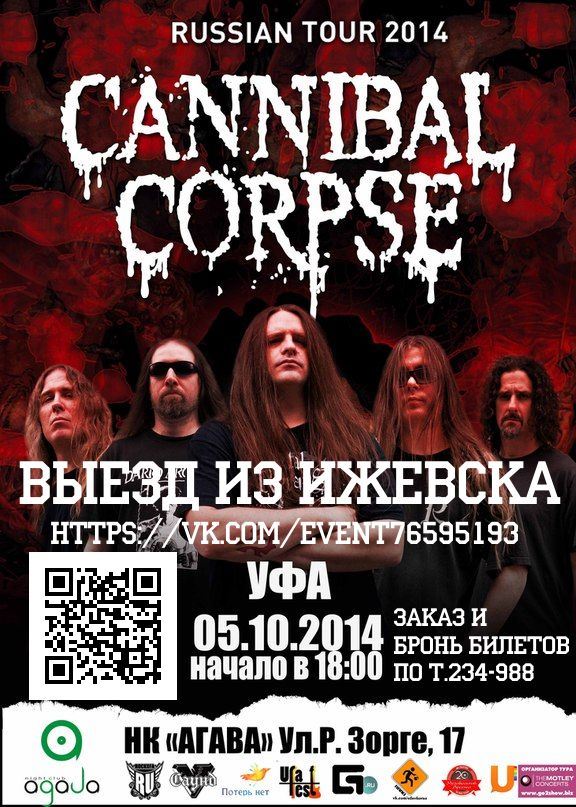