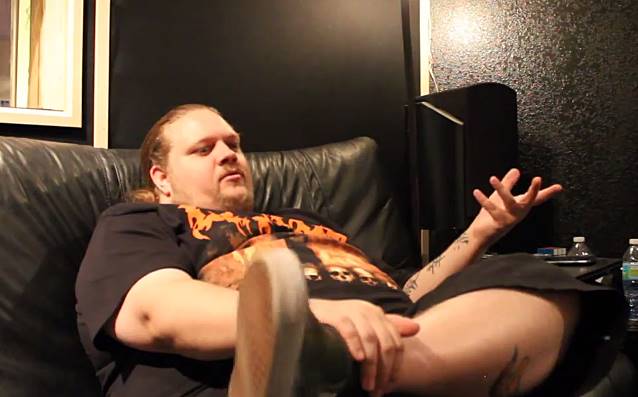 The third studio video blog featuring footage from the recording sessions for "Die Without Hope", the new album from the San Diego death metal outfit CARNIFEX, can be seen below.

"Die Without Hope" will be released on March 7 (Europe) and March 4 (North America) via Nuclear Blast. The CD was recorded at Audiohammer Studios in Sanford, Florida and produced by Mark Lewis (ARSIS, THE BLACK DAHLIA MURDER, WHITECHAPEL, DEVILDRIVER, DEICIDE, SIX FEET UNDER). Cover art for the album was created by renowned artist and longtime collaborator Godmachine.

The official lyric video for the song "Dragged Into The Grave" can be seen below.

On recently signing to Nuclear Blast, Lewis continues: "Signing with Nuclear Blast is a career-defining moment for CARNIFEX.

"To be aligned with the largest metal label on earth is a true honor.

"This worldwide deal signals a turning point for us as a band and individuals. Together with Nuclear Blast, you will see CARNIFEX like you have never seen us before. Prepare yourself for an album that crushes any and all expectations. An album that will stand as the definitive mark for modern metal."