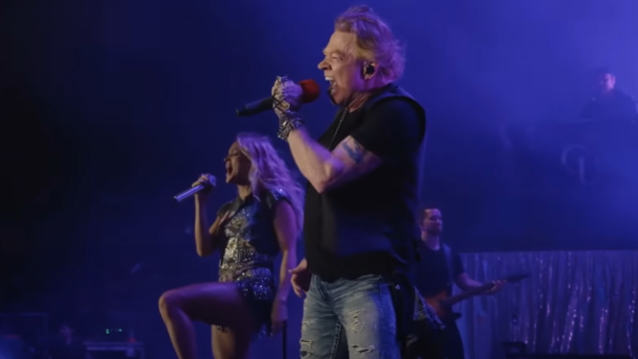 In a new interview with Rolling Stone magazine, country-pop superstar Carrie Underwood was asked how she got Axl Rose "out of hiding" to make a guest appearance with her at the Stagecoach country music festival in Indio, California for performances of "Sweet Child O' Mine" and "Paradise City". She responded: "It was many years in the making. I've been covering GUNS N' ROSES my whole life, pretty much, and definitely onstage for the past 15 years at least. I had asked before if he would ever come sing, or if I could come to him somewhere. We had a couple almost maybes, where it almost maybe would have happened but for various reasons it wasn't the right time. But [for Stagecoach] I asked. I sent him an e-mail and said, 'We're so close to you,' and explained the why and what he meant to me. The way I learned how to sing was I would pick really hard vocalists to try to emulate, and his voice always mesmerized me. I was, like, 'How is he doing the things that he's doing?' So I told him all that… and he came! We had rehearsals and everything went very smoothly. It was easy for all of us to be around each other. Hopefully he had a good time."

When Rose performed with Underwood at Stagecoach, Carrie called the collaboration "the greatest night of my life."

A little over three months ago, Underwood joined GUNS N' ROSES on stage during the band's concert at London, England's Tottenham Hotspur Stadium. Underwood made a surprise appearance toward the end of GUNS N' ROSES' main set, performing "Sweet Child O' Mine" with Axl and his bandmates. She later returned to the stage during the encore to sing "Paradise City".

More recently, Underwood performed a cover version of "Welcome To The Jungle" at the kick-off show of her "Denim & Rhinestones" tour on Saturday night (October 15) in Greenville, South Carolina. 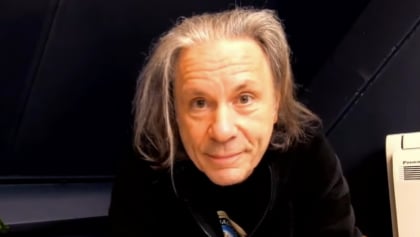