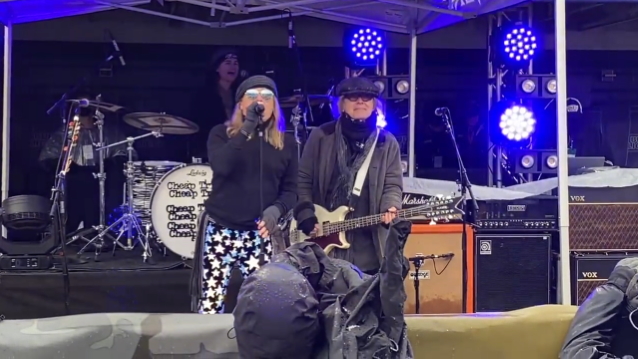 The legendary rockers played from the Bud Light Touchdown Club during halftime.

Video footage and photos of their appearance can be found below.

Came to an #NFL game and got front row seats to a @cheaptrick concert! Boom! pic.twitter.com/vBx6FypSs8

Cheap Trick at halftime is the highlight of this game. pic.twitter.com/AA702GIEnp

Cheap Trick is performing “Surrender” during the halftime show here at M&T Stadium, and the Ravens and Steelers are taking it way too literally. pic.twitter.com/5vdMWxC3iT

Getting ready for halftime in Baltimore
Photo: Brian St Clair