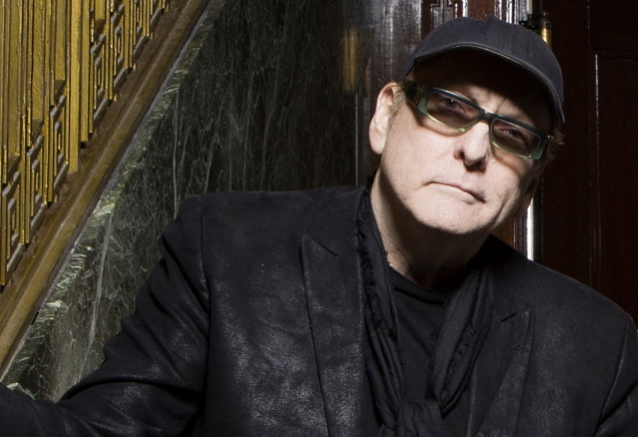 Earlier today, the legendary rockers released the following message via social media: "Six weeks ago Rick had a procedure that has required him to stay off the road until fully recovered. Unfortunately, Rick still needs a little bit more time and will not be out with us this week. Robin Taylor Zander will be moving to lead guitar for the next two shows. We appreciate the continued support."

CHEAP TRICK is scheduled to perform at Desert Diamond Casinos & Entertainment in Sahaurita, Arizona on Friday, December 9 and at the Fantasy Springs Resort Casino in Indio, California on Saturday, December 10.

Robin Taylor Zander has played drums, bass, and lead guitar in CHEAP TRICK when other members weren't available. In 2016, he played drums for CHEAP TRICK when Daxx Nielsen, who replaced Bun E. Carlos, had to take time off for the birth of his child. He also in for bassist Tom Petersson in 2021 when Petersson was sidelined by heart surgery. Robin Taylor Zander also filled in for Nielsen a handful of times in the past when Rick's previous health issues forced him off the road.

"If anyone knows about this band, they know that a lot of the personality is through Rick," Robin Taylor Zander told Rolling Stone this past summer. "He's the main entertainer. He's the guy who runs across one side of the stage to the other. I'm never going to be that, because I'm standing. I have to sing most of the night. I'm not going to run around and throw guitar picks into the audience like Rick. I just had to focus on getting the guitar parts right. All I could do was my best."

CHEAP TRICK's current lineup includes three of its original members: Zander, Nielsen and Petersson. Carlos stopped touring with the band in 2010 and was replaced by Nielsen's son Daxx.