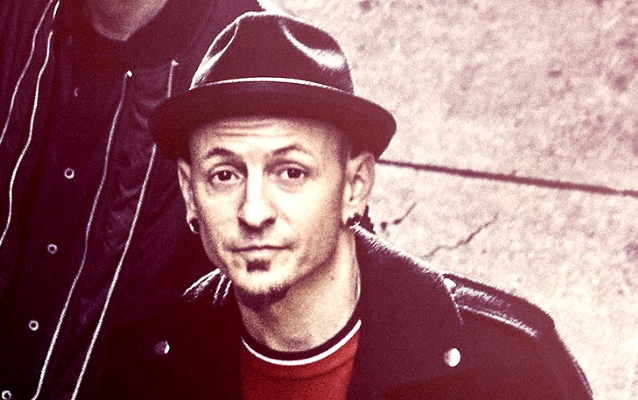 CHESTER BENNINGTON 'Was At His Best' In Six Months Prior To His Suicide, Says His Widow

Chester Bennington's widow says that her husband was "at his best" in the six months leading up to his suicide.

The LINKIN PARK singer was found dead in July 2017 on what would have been the 53rd birthday of his late friend and fellow rocker, SOUNDGARDEN frontman Chris Cornell.

Speaking to CNN's Anderson Cooper on "Full Circle", Talinda Bennington said that Chester's death came as a complete surprise to her, despite the fact that the musician had previously attempted to take his own life.

"That was probably the most terrifying thing to realize after he had died — was to just look back and think of almost how foolish we were to think that he was so okay, because outwardly he seemed so okay," Talinda said.

"He's not here to speak for himself to let us know how he felt in those moments or leading up to it, but I can tell you, as his wife and as his best friend, the last six months, he truly was at his best. And he was doing all he could to stay healthy and sober. [There was a] guitar that he picked up and had with him all the time. That was his meditation — he carried that thing with him everywhere."

Bennington had been open with the press and public about his struggles with drugs and alcohol, which landed him in rehab twice around 2006.

Bennington's friends told Rolling Stone that he fell off the wagon for three days in August 2016 and drank until he blacked out, adding that he had been consuming alcohol again as recently as October 2016. Bennington's longtime friend Ryan Shuck, who played with the singer in DEAD BY SUNRISE, thought Bennington may have had "a couple of drinks" before hanging himself on July 20, 2017.

Investigators found no illegal drugs or prescription drugs while searching Bennington's home following his passing, although a partially consumed bottle of alcohol was found in the bedroom where the 41-year-old singer’s body was discovered.