CHEVELLE will release an album of rarities from 2002-2016, "12 Bloody Spies", on October 26 via Epic. The project's full collection spans everything from an acoustic version of "Sleep Apnea", off 2009's "Sci-Fi Crimes", to an unearthed bonus track off the now-classic "Wonder What's Next", titled "Until You're Reformed", and "A Miracle", recorded as a bonus track for "The North Corridor" in 2016.

The pre-order unlocks the single "Sleep Walking Elite". Originally recorded during the sessions for 2007's "Vena Sera", thick riffing drives the track, providing the perfect counterpoint to a hauntingly hypnotic hook. With its delicate push-and-pull between robust distortion and dynamic melody, it stands out as classic CHEVELLE.

The track listing for the collection is as follows:

Last month, CHEVELLE drummer Sam Loeffler told the Lazer 103.3 radio station that the band has commenced the songwriting process for the follow-up to 2016's "The North Corridor" album. "We've got about half a record that we've been working on forever," he said. "Pete [Loeffler, guitar/vocals] always has songs that he's working on, so when we start to write, we have a really good amount of stuff to pool from, which is great. So, yeah, we've been just taking our time. We all try to get a little bit of life in between there, but we're writing, we're doing a few songs here and there, and it's actually been a great summer. I'm excited about the music, so that's a bonus."

According to Sam, touring for the past two years in support of "The North Corridor" has helped shape the direction of CHEVELLE's new material.

"After you've finished a record, you don't really listen to it at all, because it's difficult — you've spent all that time working on it and doing it, and then to go and listen to it would be a lot more work," he said. "So you really hear those songs when you tour on them and play them, and then that really does give you an idea of what you wanna do next."

CHEVELLE's 2014 album, "La Gargola", gave the band its highest chart debut (No. 3) and produced a No. 1 single on Billboard's Mainstream Rock chart in "Take Out The Gunman".

"The North Corridor" debuted at No. 8 on the Billboard 200 album chart and produced another No. 1 Mainstream Rock single, "Joyride (Omen)". The disc featured songwriting by Pete, who was working with producer Joe Baressi through the Internet. 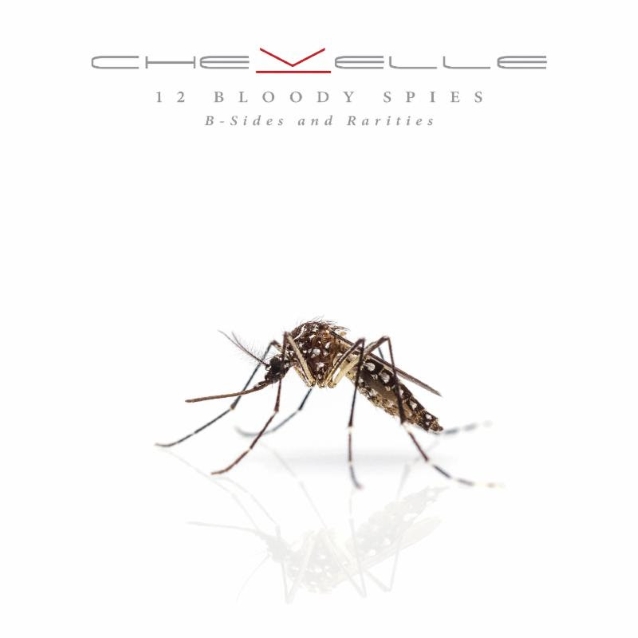