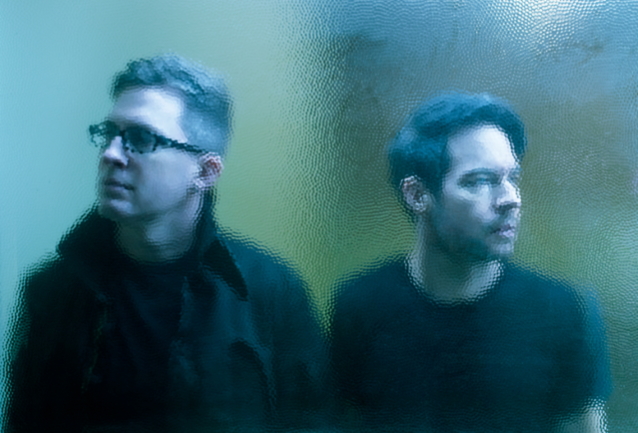 The official lyric video for CHEVELLE's new song "Remember When" can be seen below. The track is taken from CHEVELLE's upcoming follow-up to 2016's "The North Corridor", "Niratias" (Nothing Is Real And This Is A Simulation),which is due on March 5.

"Niratias" (Nothing Is Real And This Is A Simulation) stands out as CHEVELLE's most pummeling and provocative record yet. Teaming with longtime producer Joe Barresi (TOOL, QUEENS OF THE STONE AGE),CHEVELLE recorded throughout 2019 and 2020 and pieced together an intriguing and inimitable body of work, with themes that will reveal themselves soon. The album artwork is by Boris Vallejo. The famed and award-winning artist is responsible for the posters used for films like "Knightriders" and "National Lampoon's Vacation", as well as iconic 1970s and 1980s science fiction novel covers and magazines (such as Heavy Metal).

CHEVELLE frontman Pete Loeffler and drummer Sam Loeffler spoke to Lou Brutus or HardDrive Radio about "Niratias". According to Pete, the follow-up to 2016's "The North Corridor" was recorded over a couple of different sessions spread over a 12-month period prior to the start of the coronavirus pandemic.

"We went into the studio in 2019 — in the [spring]," he said. "So, eight songs were recorded in 2019. And then we did a couple of tours, wrote some more music, went back in March of 2020. And we, under a lot of duress — 'cause everything was starting to happen; they were closing down [due to the pandemic] — and we recorded five more tracks, give or take, and completed the album. And then we skedaddled back to Chicagoland March 18th, which was the day that they shut down all the restaurants in L.A., which is where we were. And then we hunkered down for 2020."

Elaborating on the recording process for "Niratias", Sam said: "We did this album with Joe Barresi. It's our fourth album with him, which is great. I think he's tired of us now… But he was great. We did it at his studio [in Pasadena, California]. We would have probably done stuff earlier, but he had this idea for us that he — he had some songs in his head that he wanted us to write. Not literally, but he was just, like, 'I want you to go back and keep writing, and focus on this or that.' And then Pete did. And I remember when he sent in one of the songs, Joe called back, and he's, like, 'You did it. I can't stop playing this song. This is what I was looking for from you. Now just write five more of those.'"

Added Pete: "It was a low point to hear him say, 'I like these eight. I don't like these other eight. Go back. And it was, like, a low point. But then what that did was, once I got the hurt aspect of that, we got back to work, and then the next song we wrote was a song called 'Mother Earth'. And he listened to it three times in a row and called us excited. And that was one of the best feelings I had on the whole process. So I knew we were on to something."

Pete previously told "Loudwire Nights"' about the overall lyrical direction of "Niratias": "It has a lot of space to it, a lot of interstellar travel to it. You've got Elon Musk trying to get to Mars and that was completely fascinating to me so when I write lyrics, it's just kind of made its way in there. As you'll see with the cover, it's sort of space themed as well.

He added: "I love the idea of the cosmos and I love Carl Sagan and Elon Musk and Neil deGrasse Tyson and all these people that look beyond and look to the future. Getting off this planet is part of that future if we can do it. It's funny when you started to delve into it how difficult that really is. How are you gonna deal with radiation out in a spaceship for nine months or longer than that? It's fascinating. It just made its way into the music."

In September 2019, CHEVELLE bassist Dean Bernardini announced that he would "take a break from the road" after completing that year's shows with his bandmates. He added that he would "continue to work" in music in some form or another while also putting time into his art and furniture business at home. 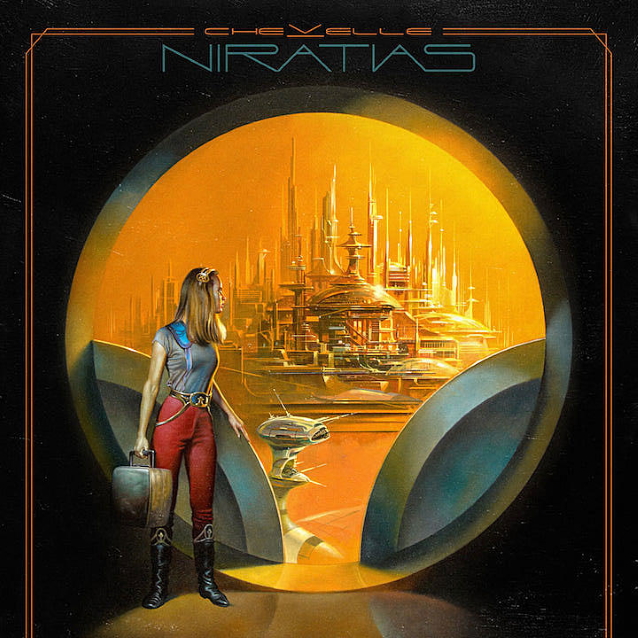