Finnish metallers CHILDREN OF BODOM have teamed up with Fat Lizard Brewing Co. to launch a beer brewed with Lake Bodom water.

Introducing Lake Bodom Pre-Prohibition Lager — a modern take on a classic with a dark twist. Roasted malts and the noble Tettnanger hop make this the perfect beer for socializing, dinner, head banging or lakeside camping. Water used from the Lake Bodom puts this over the top and makes it so good you can bury a few in one go, so beware!

The beer will go on sale February 1 in Finland. A limited batch will be available through the band's webstore in Central Europe later in February.

CHILDREN OF BODOM will embark on the "Hexed" 2019 North American tour this spring. The trek will kick off in Quebec City on March 13 and conclude in New York City on April 19. Support on the trek will come from Finnish death-doom melody makers SWALLOW THE SUN and Finnish epic melodic death metal quartet WOLFHEART as well as SUMMONER'S CIRCLE (March 13-16 and April 9-19),HOLLOW CRY (March 18-29) and FRAGMENTUM (March 30 April 7).

CHILDREN OF BODOM's tenth album, "Hexed", will be released on March 8 via Nuclear Blast Records. The disc saw the return to Finland's Danger Johnny Studios where COB was reunited with Mikko Karmila ("I Worship Chaos", "Halo Of Blood", "Hatebreeder", "Follow The Reaper" and "Hate Crew Deathroll") who recorded everything except keyboards and also produced the album with the band. Janne Wirman recorded keyboards at Beyond Abilities Studios. The album was mixed and mastered at Finnvox Studios in Helsinki, Finland.

For this album, the band enlisted Deins Forkas to create the album artwork. 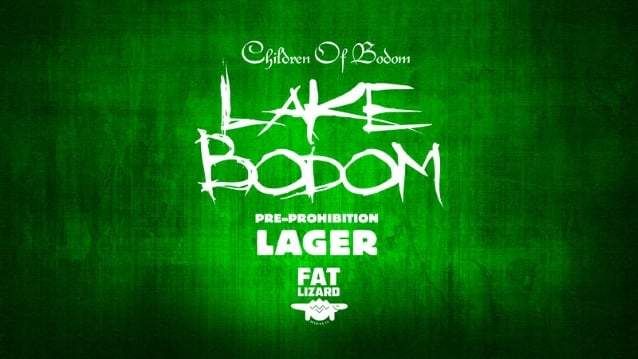