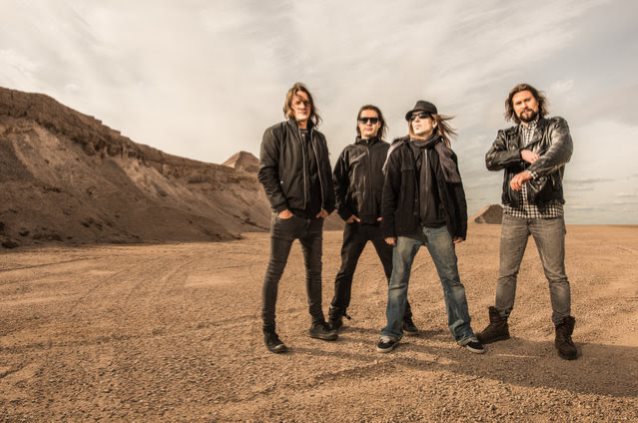 Finnish metallers CHILDREN OF BODOM will perform most of their debut album, "Something Wild", on a European tour early next year to celebrate the record's twentieth anniversary.

The month-long trek, dubbed "20 Years Down & Dirty", will consist of the following dates:

CHILDREN OF BODOM guitarist/vocalist Alexi Laiho told OC Weekly about the upcoming tour: "I don't know yet if we're going to play the whole album or probably just a lot of rare songs from it we never play live. We might do a mix of our first two albums. It will be weird, it will be a trip, but fans will dig it. I am thinking instead of playing a whole album, we will play the most obscure tracks."

Asked how CHILDREN OF BODOM's sound has evolved since the release of "Something Wild", Laiho told Performer in a 2014 interview: "We have definitely progressed and naturally improved as musicians and songwriters. And, obviously, non-stop touring has taught us a pretty fucking lot. It's been a lot of hard work, but it's made us improve a lot at what we do now, more than what we were doing back in the 'Wild' days. I feel very proud that we never compromised our sound or wanted to go into a 'lighter' direction. We still have the same objective we had when we were kids — we wanted to just be as heavy, dark and extreme as possible and we still have that teenage rage kind of thing going on. And that's something I'm really proud of."

Laiho echoed those sentiments when he spoke to Metal Blast earlier this year. He said: "When the first album came out, we were just kids, 17 and 18 years old. With every song and solo, I felt I had to show everything that I had, it was a lot more about showing off. I felt I needed to go out of my way to prove I'm a kickass guitar player. [Laughs] Those early songs still definitely had a lot of feeling in them, a lot of soul. At that age, and at that phase of the band, we weren't as worried about song structure. It's just cool riffs, one after another, but most of the songs were kind of broken, structure-wise, as opposed to [the latest CHILDREN OF BODOM album] 'I Worship Chaos', where there's verse-bridge-verse-chorus, you know, an actual structure. It's now something you can actually remember from the first time you listen to it, unlike on 'Something Wild', where you're, like, 'Whoa, what just happened?' There's still some good energy on that album, though. Just a lot of fucking teenage rage, and that's what it's all about, really."

A year ago, CHILDREN OF BODOM announced the addition of guitarist Daniel Freyberg (NAILDOWN, NORTHER) to the group's ranks. 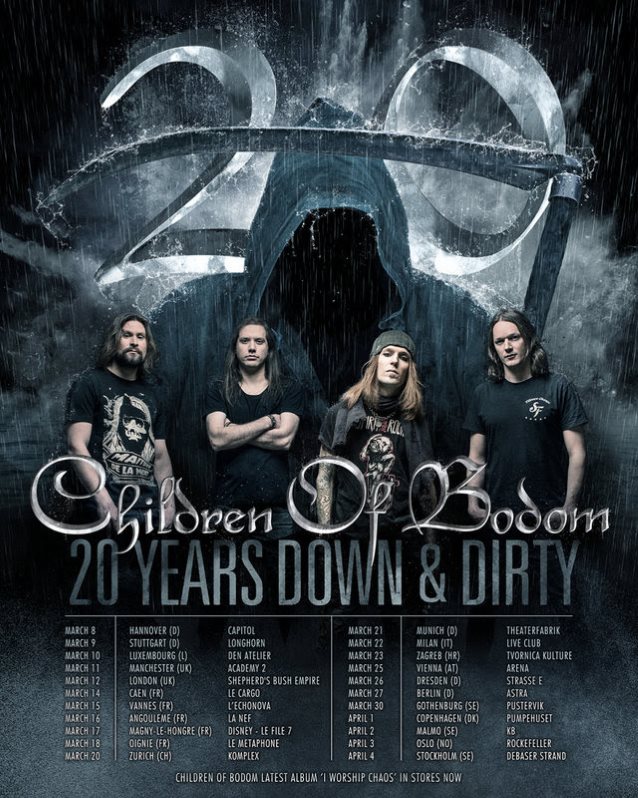