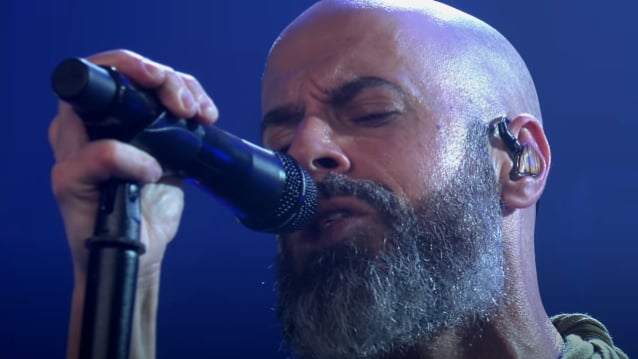 Chris Daughtry has postponed the remainder of his U.S. tour following the sudden death of his stepdaughter, Hannah.

According to People, the 25-year-old was found dead in her Nashville home Friday (November 12) by the Nashville Police Department.

"Due to the unexpected death of Chris and Deanna Daughtry's daughter, Hannah, all currently scheduled shows for the coming week for Daughtry have been postponed," a representative for Chris said in a statement.

The statement continued: "The Daughtry family thanks you for your understanding and respectfully asks for privacy during this very difficult time. Further details will be made available at a later date. The investigation into this tragic death is still ongoing."

Hannah Daughtry and her brother, Griffin, 23, are Deanna Daughtry's children from a previous marriage. Chris and Deanna Daughtry are the biological parents of 10-year-old twins Adalyn Rose and Noah James.

Chris and his band DAUGHTRY had been scheduled to perform Friday night in Atlantic City, New Jersey, but the show was canceled.

DAUGHTRY's headlining tour with support from SEVENDUST, TREMONTI and Travis Bracht kicked off on November 3 at the Ryman Auditorium in Nashville, Tennessee, and was slated to wrap up on December 17 at Hard Rock Live in Orlando, Florida. 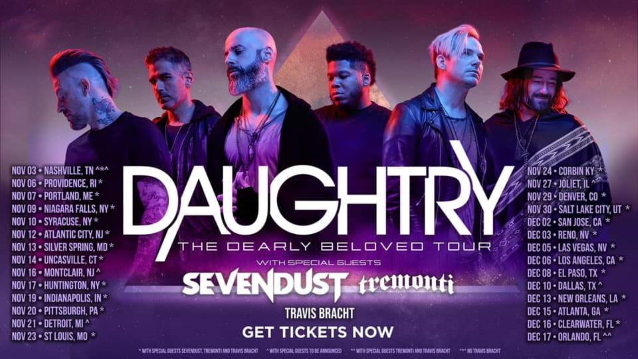