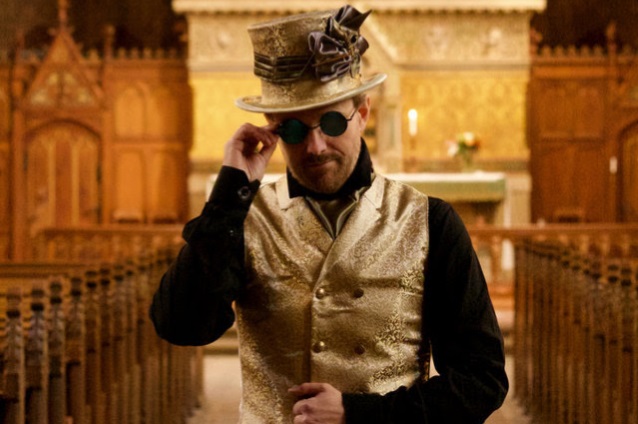 CHRISTOFER JOHNSSON On Lack Of THERION Shows In United States: 'It's A Horrible Country For Our Type Of Music'

Carla Morton of Skull Banger conducted an interview with mainman Christofer Johnsson of symphonic metal pioneers THERION prior to the band's March 11 concert at Quantic Pub 2, in Bucharest, Romania. You can listen to the entire chat below. A few excerpts follow (transcribed by BLABBERMOUTH.NET).

Christofer: "First of all, it's actually not an album, it's a musical. You can buy many musicals on CD. You can buy 'Phantom Of The Opera' on CD, but it's not an album. I think that's very important. We've had very good reviews, but the few reviews that were not good, they were all misunderstanding it and thought we made a three-hour-long album, which we didn't. To fully understand what we want to do, you have to see the musical, I guess. Anyway, the concept goes back to 2003 when I wanted to make a classical opera and I wanted to do it on some sort of classical literature because it's very hard to come up with a new, very good story on opera. I wanted to do it on [Mikhail] Bulgakov's 'The Master And Margarita', but I realized this story is too complex for one opera, it would have to be a series of four operas like [Richard] Wagner's 'The Ring' ['Der Ring Des Nibelungen']. I thought it was a little over the top to do as a first opera, so I thought let's choose something simple. I was into Russian literature. I thought 'Maybe Soloviev — 'A Short Tale Of The Antichrist'. That should be good.' That's how I started to work with it, but then I realized the story was not very good for theater, so we changed a lot. We changed characters, we changed the beginning, we changed the end and we changed a lot in the middle. It would be more fair to say that it's partly based on it than overall inspired by it. There are a few, like three or four scenes that are pretty much exactly like it is in the book. There are a few characters that are taking exactly how they are in the book, but if you read the book and you go and see the musical, you won't recognize most of it."

On the use of guitar solos on "Beloved Antichrist":

Christofer: "Normally, you wouldn't have guitar solos because what are the actors going to do when there's a guitar solo? But, there are a few…a guitar is like any instrument in the ensemble. If you can have a guitar solo, it has to be something very triumphant or something or quite melodic. So, you have it in 'Temple Of New Jerusalem', and it's very triumphant, it symbolizes triumph. There's also one in 'Burning The Palace', but 'Burning The Palace' is more like a melody, it could have been done on an e-bow or strings could have played it. It's just a regular choice of instrument. It's not really a 'solo.' There's only a guitar solo, which is like a regular guitar solo. And yeah, it suits the [music]."

On whether THERION's future tour plans include North America:

Christofer: "We'll play North America. We'll do Mexico, we'll do El Salvador, we'll do Guatemala, we'll do Costa Rica. They're all North America, but we won't do the U.S.A. It's a horrible country for our type of music. It works with extreme music with death metal bands, but for symphonic metal bands, it's horrible. There's no market. It's a big country and you have a number of people who like it, but they're all spread out. I think we can do one, two, three, we can do maybe three concerts in the U.S. where we can have 500 people. The rest will be between 50 and 200."

On his LUCIFERIAN LIGHT ORCHESTRA side-project:

Christofer: "I'm also a '70s guy and I always wrote a lot of '70s type of music. In most cases, I kind of hid it into THERION. I rearranged it in a way that most people don't understand the '70s. I fool them to believe that it's modern music, but in reality, it's really old. I always did that. On 'Theli', 'Cults Of The Shadow' is a mixture between AC/DC and DEEP PURPLE that I rearranged in a way that sounds modern. Sometimes they were a bit more straightforward, like 'The Dreams Of Swedenborg' on the 'Lemuria' album where you can really hear the '70s sound, but I was just playing along a little bit. When we made 'Sitra Ahra', the idea was to make it very retro sounding, very vintage sounding. But I guess we were a bunch of cowards when it came to it in the studio. We tried to compromise. In the end, it sounded more like an early '80s production rather than a '70s. I felt that if I don't dare to go all the way with THERION, maybe I should record the songs totally '70s instead. We actually have some unreleased stuff from 'Sitra Ahra' where we recorded with a '70s vintage drumkit and really made it more '70s, but I felt, normally, I always did what I wanted with THERION. When it came to the sound production, I chickened out. Doing LUCIFERIAN LIGHT ORCHESTRA, where I can fulfill my '70s visions all the way and THERION remains THERION."

"Beloved Antichrist" was released on February 9 via Nuclear Blast. 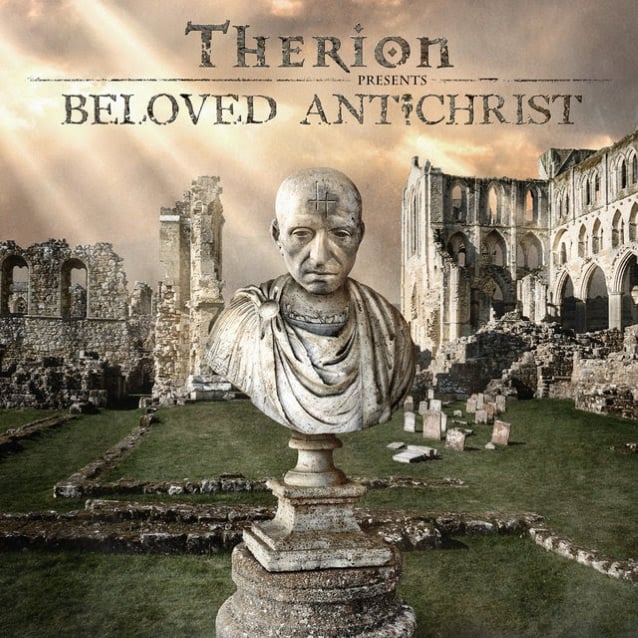