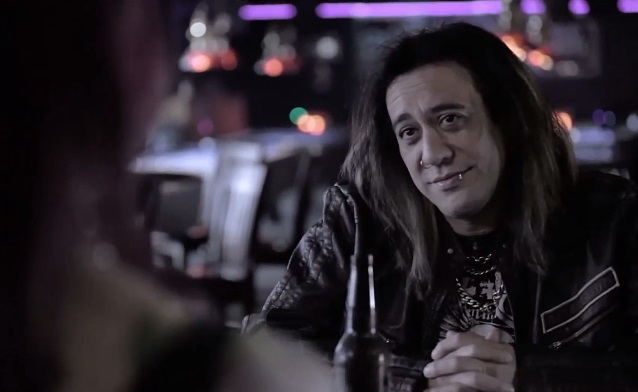 According to Hot Metal, CINDERELLA guitarist Jeff Labar has recruited Nashville bassist Jasmine Cain and her band to back him at his upcoming solo dates.

Labar, who lives in Nashville and recently released his debut solo album, "One For The Road", said: "I have booked a few shows — I'm going to try it out.

"I've never been the frontman, the singer of a band before, but I'm going to try it out November 15 in Indianapolis and a couple more shows in December.

"But I think next year I might start hitting it hard with my bass player, who is Jasmine Caine. She's a bass player in my video, 'No Strings', and she's a great singer-songwriter-performer-artist in her own right."

Cain's band is rounded out by Zach Ballard (drums) and Benjamin Johnson (guitar).

Labar continued: "Basically, her band is backing me up. They're taking me under their wing, basically.

"This will be the first … Jasmine and I have been crossing paths for years and we finally got to work together in my video.

"We're going to put it to the test live."

"One For The Road" was released on August 26 through Rat Pak Records. The CD was recorded in Nashville, Tennessee with longtime friend and noted engineer Ronnie Honeycutt, and was mixed and mastered by Chris "The Wizard" Collier (KXM, LYNCH MOB, LITA FORD). 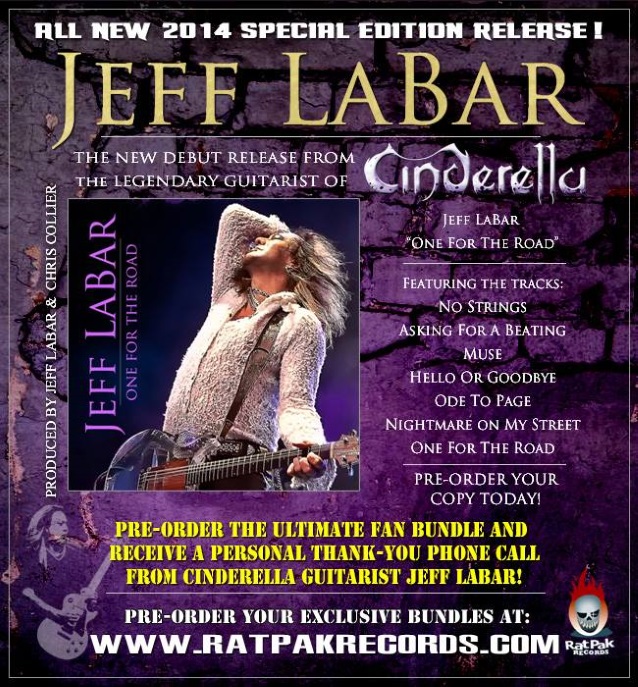