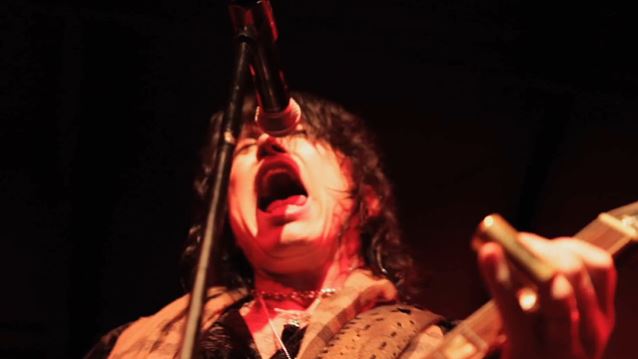 Riding high off his solo debut, "The Way Life Goes", Tom Keifer has been on the road, continuing to deliver his electrifying live performances all across the country. Each show a reminder of why Keifer has been a mainstay on the live music scene with both his solo project and his original band CINDERELLA for nearly thirty years.

Keifer has just premiered the music video for his track "It's Not Enough", a song written by Keifer, his wife Savannah and Kent Agee. A high-energy barrage of tour footage, this is the fourth video release from "The Way Life Goes".

Keifer explains: "We've been compiling footage from our shows throughout the tour with the idea of making a video that would sum up the energy of the entire project to date, and give the feeling of being on tour with my solo band. We have really become a family with this band, on stage and off."

Feeling energized by the breath of new life into his solo record and band, Keifer says: "'It's Not Enough' has taken on a whole new meaning and felt like the perfect song for a video that's a look into this high-energy, guitar-oriented show, where everyone on that stage lives and breathes to share that moment with the people who make it all possible. The fans!"

The video ends with the following message to the fans: "THANK YOU ALL FOR THE AMAZING RIDE SO FAR! SEE YA ON THE ROAD IN 2015!"

Keifer elaborated on the message, stating: "The fans breathe the life into the music and our shows. A mere thank you really doesn't feel like enough so we are hitting the road again in 2015 and will do our very best to give them a hundred and fifty percent! We are just getting started."

"The Way Life Goes" sold 5,400 copies in the United States in its first week of release to land at position No. 78 on The Billboard 200 chart. The CD was released on April 30, 2013 via Merovee Records (through Warner Music Group's Independent Label Group).