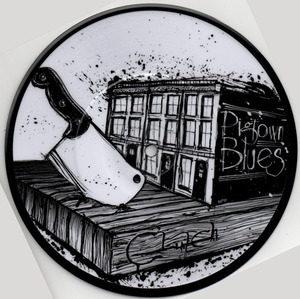 Maryland rockers CLUTCH released a new limited-edition picture-disc single, "Pigtown Blues", on June 5 via Weathermaker Music. The A side is "Pigtown Blues" and the B side is an acoustic version of the track "Motherless Child". The disc is available at your favorite record store as well as online at IndierMerchStore.com and Pro-Rock.com. This is the first new studio material from CLUTCH since 2009's "Strange Cousins From the West" and the first simultaneous worldwide release for Weathermaker Music.

CLUTCH will embark on a headlining tour this summer with special guests PRONG and LIONIZE. The run kicks off July 11 in Fayetteville, Arkansas and wraps up July 22 in Richmond, Virginia.

CLUTCH will also be playing select dates in August with LIONIZE. These shows are scheduled for August 9, 10 and 12.

CLUTCH has also rescheduled the two shows that were postponed this May. These dates are now scheduled for November 1 through November 3. LIONIZE will be providing direct support and MONSTRO will open these dates.