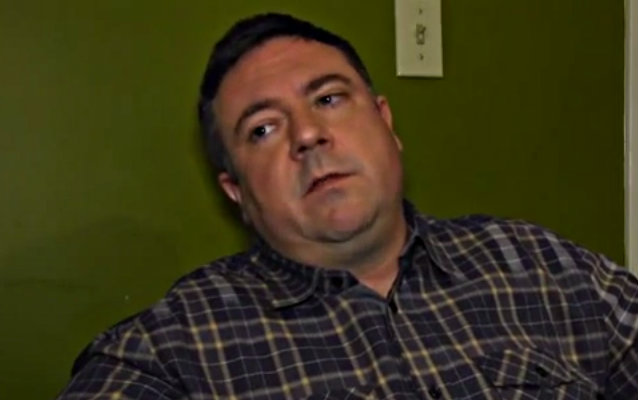 Shed My Skin TV conducted an interview with guitarist Tim Sult of Maryland rockers CLUTCH. You can now watch the chat below.

CLUTCH recently entered Magpie Cage Recording Studio in Baltimore, with producer J. Robbins (THE SWORD, COLISEUM) to record the song "Run, John Barleycorn, Run" for a seven-inch single, to be released as part of this year's Record Store Day on April 19.

Founded in 2007 and officially kicked off in 2008 by METALLICA, Record Store Day normally takes place on the third Saturday of every April and brings together artists and independently owned record stores around the world to celebrate the art of music. Special vinyl and CD releases and various promotional products are made exclusively for the day and sold in independent stores.

"Earth Rocker Live" is a double-vinyl picture-disc set. The first LP is the studio version of CLUTCH's latest album, "Earth Rocker". The second LP consists of live versions of the same tracks in the same sequence as the original.

This is not a live recording of one show. The individual tracks of the live version were recorded at different shows throughout the band's May 2013 U.S. tour: Houston and San Antonio (Texas),Lincoln (Nebraska),Indianapolis (Indiana) and Fargo (North Dakota). The stunning artwork displays the four Indian heads from the original package in all their colorful beauty: one for each side.

The most recent leg of CLUTCH's "Earth Rocker" world tour ran through November 23 in Detroit, Michigan. CLUTCH then hit the road for their annual holiday shows and continued on tour through January 18 in Huntington, West Virginia.