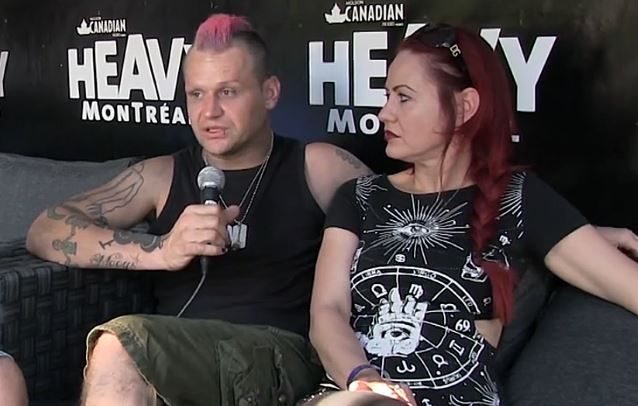 COAL CHAMBER's MIKE COX: 'Rivals' Came Out 'Better Than Any Of Us Thought It Would'

Speaking about COAL CHAMBER's improved live performance compared to how it was nearly twenty years ago, Cox said: "I think just maturity has happened over the years. We've all gotten better, I think, musically. And we've been playing these songs for so goddamn long, we'd better play them right. I think we all take it a little more seriously. Back then, we were just young and dumb and having fun. And sometimes, with excess partying and stuff back in the day, I'm sure the shows weren't as good as [they could have been]. We always try to do the live show; that's the only reason why we play — for the live show. And I think everything's just tighter now."

Cox also talked about the making of COAL CHAMBER's comeback album, "Rivals, which was released on May 19 North America via Napalm. he said: "I hate making records. [it's] a lot of pressure. And they put us in the middle of nowhere in Florida, in a cabin, and there's literally nothing to do except play. I think, doing a record, you find out how good you are, 'cause they make you play perfect. And I hate having to do stuff over and over and over. But, all in all, it was good. I was glad when it was done. It came out better than, I think, any of us thought it would. It sounds nasty; it's heavy. It was good. I think we all needed to get it out of system, for sure, after so many years."