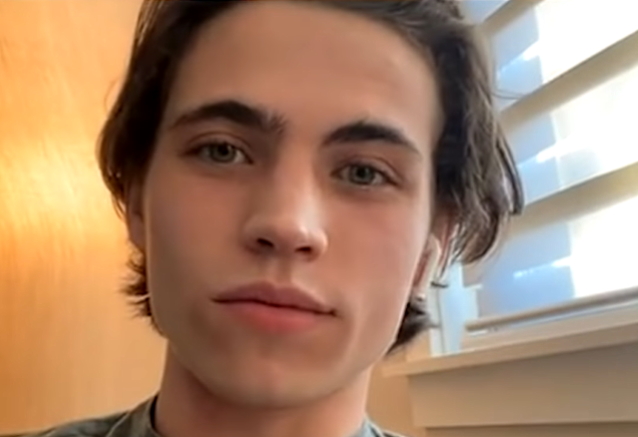 'Cobra Kai' Star TANNER BUCHANAN Was In A Progressive Death Metal Band: 'We Played A Lot Of GOJIRA Covers'

Actor Tanner Buchanan, who portrays Johnny Lawrence's son Robby Keene on the acclaimed Netflix series "Cobra Kai", has revealed that he was once a member of a progressive death metal band called ACIDOSIS.

Speaking to At Large magazine, he said that it was a bandmate's choice to name the group after a condition in which there is too much acid in the body fluids.

"My friend in the band says, I have a good name: ACIDOSIS," he recalled. "So the band was ACIDOSIS. We played a lot of GOJIRA covers, which I'm super excited about, because 'Cobra Kai' posted the show playlists on Instagram. Now my all-time favorite band is PANTERA. But my second all-time is GOJIRA, a French-prog metal band. They ended up following me on Instagram and I had a freak-out moment. I had been listening to them since I was 12. We knew all their songs. Played all their songs. And they followed me on Instagram. I had this out-of-body experience, like, 'GOJIRA, they know who I am. They know who I am!' This is my childhood right here."

Tanner went on to say that he gets "giddy" about certain musicians that he admires. "I just want to be Dave Grohl's best friend because he's such an awesome guy," he said. "Same thing with Corey Taylor [of] SLIPKNOT. He's another guy I would just super freak out about if I ever got to meet…. Him going from STONE SOUR to then SLIPKNOT, it was definitely a change in pace. A band of four or five to a band of, what, nine or ten? And they're all wearing masks. You're like, what is going on? But I do enjoy the music. I just like Corey Taylor a lot. Corey Taylor's my guy."

Buchanan previously discussed his love of metal in a 2019 interview with Cryptic Rock. At the time, he said: "I'm actually an extreme metalhead. I play guitar and used to be in a progressive death metal band. Some of the bands I like would be MASTODON, GOJIRA, DILLINGER ESCAPE PLAN, BLOODBATH, OPETH, etc. My favorite metal band, and they are not necessarily progressive death metal, but they are what got me into metal, is PANTERA. That is the metal side of me."

The 22-year-old Lima, Ohio native started out as a tap dancer before going into acting.

Tanner is set to star in a couple of films, including "The Hyperions", in which he will play Apollo. He will also be in "Painted Beauty". Both movies are in post-production.