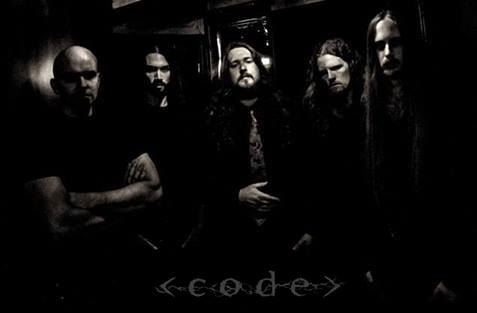 "Augur Nox" is the first album featuring CODE's new lineup of Aort, Wacian, Syhr, LORDt and Andras. The brand-new material demonstrates the band's fresh personnel in a vivid light, confirming CODE's position as a radiant gem in the extreme metal world. It displays a multifaceted approach: from stunning wide-ranging vocals, otherworldly clean passages, and barbed metallic riffery, all filtered through a refined prism of avant-garde black metal. The album is CODE's most progressive effort to date, yet always captures the band's distinct eerie and arcane vibe.

CODE's sound has been both refined and exaggerated at the same time, to produce a melodically dense and ambitious piece of work. The band describes the forthcoming release as their "most dynamic and challenging material to date."

"Augur Nox" was mixed and mastered at Orgone Studios (GHOST, CATHEDRAL, ULVER) in London after three years of development and pre-production.

The song "Becoming Host" can be streamed using the SoundCloud widget below.

The follow-up to 2009's "Resplendent Grotesque" (nominated for a Spellemann award in the "Best Metal Album" category) will be available in digipack, limited vinyl and digital formats. The vinyl formats include: black vinyl, color in color vinyl (bone white/ultra clean) limited to 100 copies and a further 100 copies on swamp green/ultra clean color in colour vinyl.

A video trailer for the CD can be seen below. 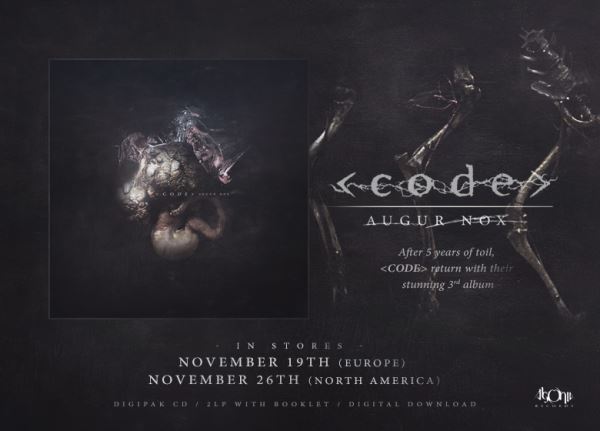