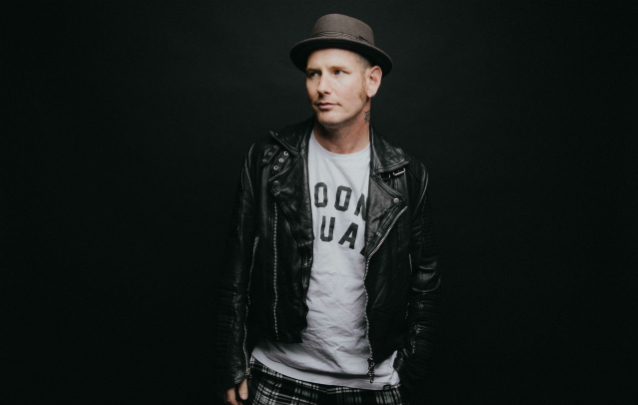 COREY TAYLOR Has Commenced Work On His Fifth Book

During an appearance yesterday (Tuesday, February 9) on the TalkultureTwitch channel, SLIPKNOT and STONE SOUR frontman Corey Taylor revealed that he has started work on his fifth book. "I haven't really cracked the skin on it yet, but it's definitely starting to ferment — it's starting to solidify and become an idea," he said. "And it might not be released this year, but it will definitely be done this year."

He continued: "The last one took so much out of me that it really kind of left a bad taste in my mouth — it was just a lot of stress. And a lot of that could have been [due] to the living situation that I was in at the time with my previous relationship really kind of culminating to its end. But at the same time, it was exhausting making that book; it really messed me up. And it's taken me a long time to kind of get back to a place where I feel pretty good mentally and positive about writing books again. So I'm starting to kind of hint that I might be ready to do that."

Taylor and the rest of SLIPKNOT are expected to return to the road later this year in support of their latest album, "We Are Not Your Kind", which arrived in August 2019 via Roadrunner Records.