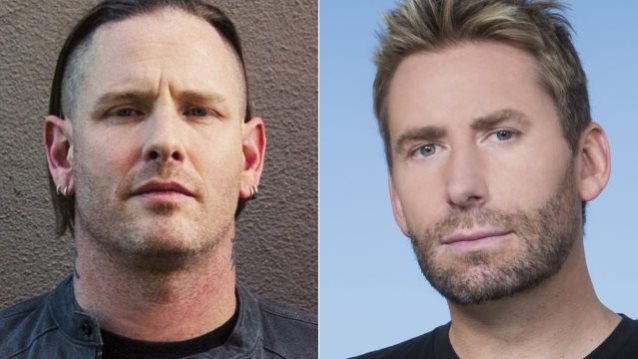 COREY TAYLOR On Feud With CHAD KROEGER: 'He's The One Who F**king Started It'

Corey Taylor says that he has been "trying to bury" his dispute with NICKELBACK after Chad Kroeger blasted STONE SOUR as "NICKELBACK Lite" and called out Taylor for allegedly saying that it was "easy" to write a hit song.

In an interview posted in June with Sweden's Metal Covenant, Kroeger said that STONE SOUR was "trying to be NICKELBACK," adding, "Corey Taylor has said some really nasty things about me before in the press. He talks about how easy it is to write a hit song. Well, show me. Show me. Write one. I have yet to hear one. They're okay. But they're not as good as NICKELBACK. They sound like 'NICKELBACK Lite.'"

During a brand new chat with Junkee, Corey laughed when Kroeger's comments were brought up, saying: "I have been fucking trying to bury that for months now! It's out of my hands, man! [STONE SOUR] played in Sydney [Australia] over the weekend, and people started a 'Fuck NICKELBACK' chant. I'm, like, 'Fuck, I'm never gonna get away from this!'"

He continued: "It's so fucking funny, especially when I'm seeing all of these tweets and shit from fucking NICKELBACK fans. I'm, like, 'He's the one who fucking started it! I didn't say a fucking word!'

"What are you gonna do? You can't control what people say, no matter how Trump feels about it. All you can do is ride the wave. Sometimes you'll get fucking wiped out. Other times, you'll stay on the board. It's fine."

Corey told the 93.3 WMMR radio station that Kroeger's NICKELBACK bandmates "called and apologized" after Chad's comments made the news. "They were, like, 'It's not us. We promise. It's this guy. We don't…' And I had hung out with the band before, and they're super-cool dudes," he said. "So I was, like… Well, I figured it wasn't them. So I don't want people holding it against the band, because it's not them. It's Captain Ego from Planet Douche."

Asked if there was any sort of "beef" between him and Chad prior to Kroeger's comments to Metal Covenant, Corey told the station: "No, not really. I mean, I said something maybe, like, fifteen years ago, but I was drinking then; nobody was listening to me then. And I hadn't said anything since; I don't even think about him. For real. This came so far out of left field that I woke up to everyone, like, blowing me up. And I was, like, 'Really?'" 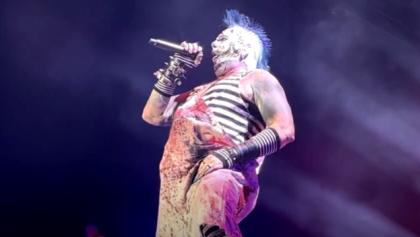