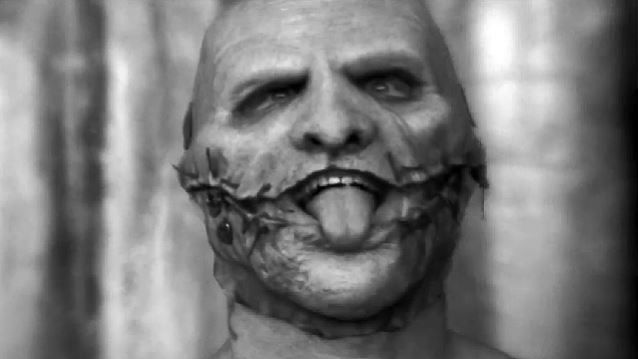 COREY TAYLOR On SLIPKNOT's Success: 'If We Were Just A Band With An Image, We'd Not Be As Hot Today'

SLIPKNOT singer Corey Taylor told ChronicleLive that the reason his band has managed to sustain cultural relevance and critical acclaim for almost two decades in a manner that goes way beyond a gimmick is the fact that they "meant it." He said: "We weren't just singing about Satan or trying to be shocking for the sake of it. We really were that angry, we were shocking because we were coming out of the gate so steeped in guttural anger. And we found all the kids who felt the same and they related to us."

He added: "If we were just a band with an image, we'd not be as hot today. We hit on so many different cylinders. It's the real thing. We have the look, we have the artwork, we have the songs, and the songs are what keep you there. We've been able to continue to write really, really well.

"We've written great hooks, great melodies, abrasive, aggressive music, and that's what scared the parents so much — the masks weren't just gimmicks to sell music, and the anger was real."

Taylor also spoke about the six-year gap that preceeded the release of 2014's ".5: The Gray Chapter", SLIPKNOT's first studio effort since the 2010 death of bassist Paul Gray and the 2013 dismissal of drummer Joey Jordison.

"Fans have had issues with me because they felt it was my fault we've been away for so long, but we didn't want to run right in and make anything that felt forced, we wanted to wait to make an album," he said. "We wanted to reach the point where we knew what we wanted to say, and how we wanted to say it. It took all of us in the band time to get on the same page with the message. I don't know about the others, but if it took another six years to get there, I'd have waited.

"And maybe the reason it took so long was that it's basically letting go of the grieving process," he continued. "That grieving connects us to Paul, and maybe we didn't want to let go of that feeling. But we needed to. Perhaps some of the aggression and feeling on the album comes from there.

"We needed to stop feeling that depression and get back to the positive stuff we remember about Paul. And we did, while making the album. Once we did that, I felt 20 times lighter. Making this album was really important."

SLIPKNOT is touring Europe and Australia through the end of February before kicking off a series of U.S. festival appearances in late April.