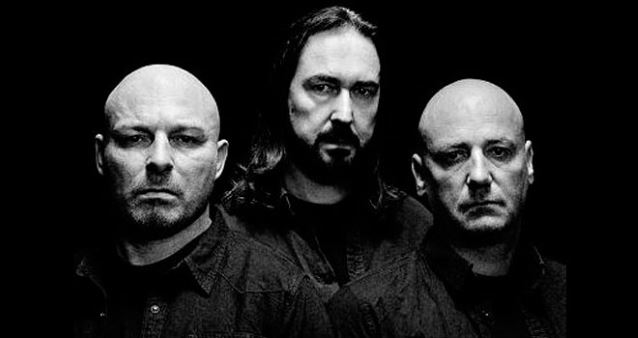 CORONER To Release New Studio Album In 2017; 'Autopsy' Set Due In September

Swiss metal pioneers CORONER have entered the studio to begin recording their long-awaited seventh album, to be released in 2017.

The band has signed a worldwide record deal with Sony Music Switzerland, which has enlisted the help of Century Media Records, a strong partner that will release CORONER records internationally. But for those fans who just can't wait for the new album, CORONER has a special treat in store: "Autopsy", a 3 x Blu-ray + LP or a 3 x DVD + CD set that is jam packed with a documentary movie of the band's history, live recordings, previously unseen interviews and a best-of compilation. The vinyl + Blu-ray box, which is limited to 3,000 copies, is a real collector's item and every copy of the box is signed by the band members themselves.

"Autopsy" will be released on September 23.

In the 1990s, CORONER caused a stir in the music industry with its progressive and technically sophisticated music style. All over the world, CORONER was considered one of the most unconventional avant-garde metal bands. Today, CORONER is a cult band and is highly respected not only by musicians such as Max Cavalera (SEPULTURA),Franz Treichler (THE YOUNG GODS) and Mille Petrozza (KREATOR),but also by metal fans all over the world.

After the release of CORONER's last studio album, "Grin", in 1993, the band split up. Two years later, their best-of album, "Coroner", was released. Sixteen years passed. Then, in 2011, Tommy Vetterli, Ron Broder, and the then-drummer and founding member Marky Edelmann returned to the stage, playing a potpourri of numbers from their albums at concerts. Back then, the three musicians were almost certain that they would not be able to find the time for a new studio album. "Almost" being the key word here.

CORONER in 2014 announced the addition of drummer Diego Rapacchietti to the group's ranks. He made his live debut with CORONER on May 29, 2014 at Salzhaus in Winterthur, Switzerland.

Edelmann (a.k.a. Marquis Marky) left CORONER in February 2014, explaining in a statement that "it was clear from the start that I didn't want to record another album. I love the sound of CORONER, but for me, it's the moment to explore new sounds without the weight of the past on my shoulders." 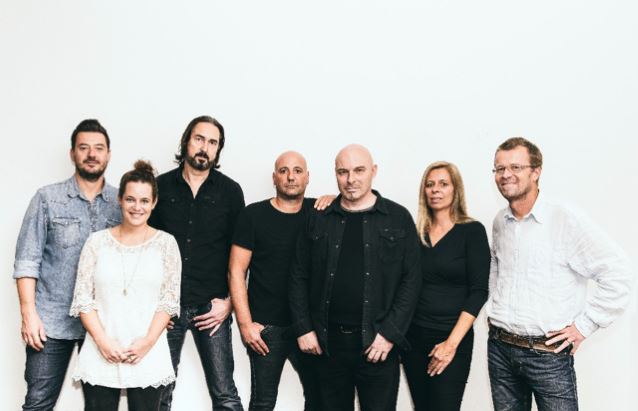 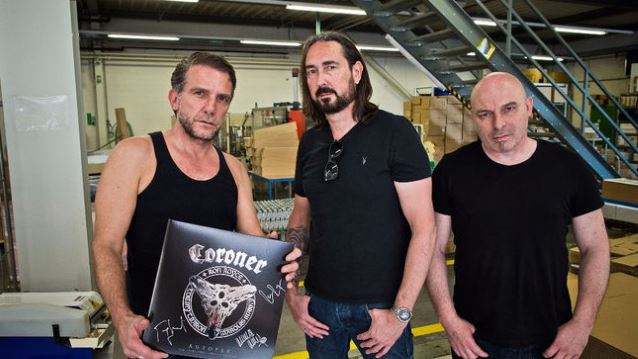