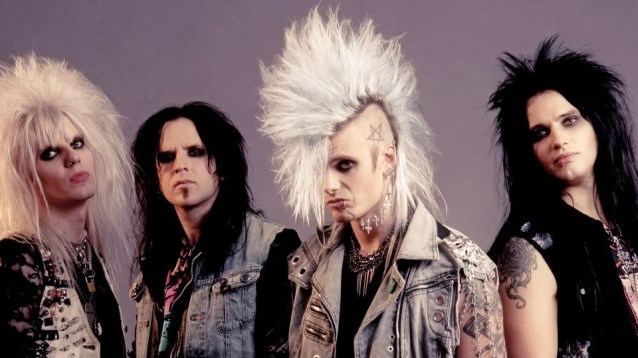 "Circus", the new video from Swedish rockers CRASHDÏET, can be seen below. The clip was directed by Rick-y.com and edited by John Morgan Studios. The song is the third single from the band's fourth album, "The Savage Playground", which entered the official chart in Sweden at position No. 2. The CD was released on January 25 in Europe (excluding Scandinavia) and January 22 in North America via Frontiers Records.

With "The Savage Playground" recorded during summer/autumn 2012 at Kingside Studios outside Stockholm with producer Otto Wellton, the band has their minds set to break through on a worldwide basis with a tour that will see the band going back to the U.S. as well as going to Japan for the first time.

The new album sees CRASHDÏET going in a heavier and direction. "'The Savage Playground' is our playground, it's the beginning and the end, it's the place where we eat and breed," says guitarist Martin Sweet. "We thought the time was right for us to do a edgier and not-so-polished-sounding album, kinda like what we sound like live. It's more organic and rough-sounding. And, of course, we're always evolving as musicians and like to try new ways of expressing ourselves, and that can most definitely be heard this album."