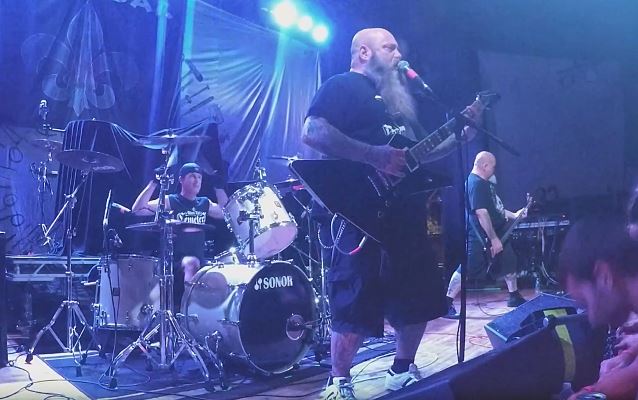 Fan-filmed video footage of New Orleans sludge metal veterans CROWBAR performing on July 17 at The Granada Theater in Lawrence, Kansas as the support act for CARCASS can be seen below.

Strange made his return to the group sixteen years after his initial departure from CROWBAR.

CROWBAR announced last month that it had parted ways with its bassist of less than three years, Jeff Golden.

CROWBAR frontman Kirk Windstein explained: "Being in a band is like being in a relationship and things don't always work out.

"We want to thank Jeff for his dedication and loyalty and we sincerely wish him and his family all the best in the future."

Golden joined CROWBAR in September 2013. He told House Of Tortured Souls about the circumstances that led to his exit from the band: "It wasn't a surprise at all. I actually knew it was going to happen, and I actually knew that's what that phone call was about. There was a phone call first, then we said it was all going to be worked out, and then I get a text message five minutes later saying I was fired. So, no, it wasn't a surprise at all. I heard rumors about three months ago that the original guy [Todd 'Sexy T' Strange] was back, and when I brought it up, they [CROWBAR] said it was just a rumor and it wouldn't happen and they definitely wouldn't do that to me. But, yeah, I could tell something was up, and it was said in one of the comments that it was told to me, but it was never told to me. I found out through Facebook."

Asked what reason CROWBAR gave him for wanting him out of the band, Golden said: "Ah, they gave me a few reasons, none that really were enough to — that I would think — to be let go, and I'll just leave it at that. I was told a few reasons. I'm still friends with one of the guys in the band. He and I always got along and will keep that friendship going. You know, it's like Kirk [Windstein, CROWBAR frontman] said on his post, 'A band is like being in a relationship. Sometimes it doesn't work out.' It's like sometimes business is business, and friendship is friendship. I just think the way it was handled was poor. I mean, only one of the guys and I remain friends, and that's just the way it is for now. Maybe later everything will be cool, but for now it's... I'm just going to focus on my new music thing. And they've got Todd, so it's going to work out for everyone in the long run."

CROWBAR's follow-up to 2014's "Symmetry In Black" album is due later in the year. The CD was recorded at OCD Recording And Production in Metairie, Louisiana with engineer/producer Duane Simoneaux 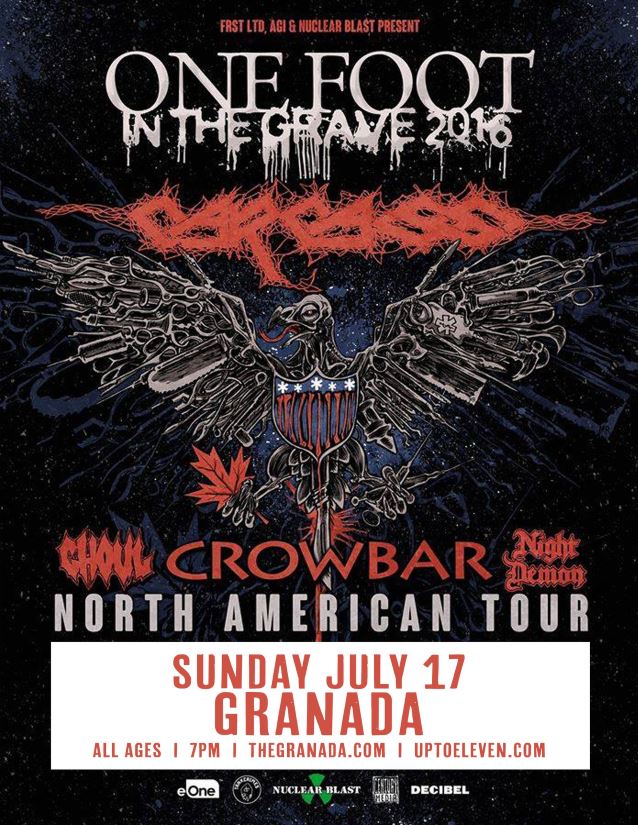