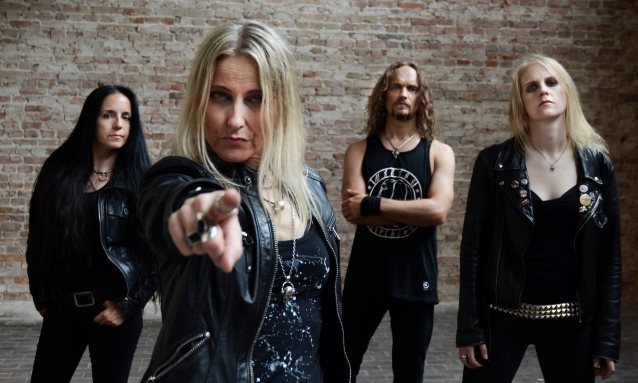 Cult Swedish metal band ICE AGE has released the official music video for the song "Clever". The track is taken from the group's debut album, "Breaking The Ice", which came out last October via GMR/PHD. The disc, which was laid down at Gothenburg Rock Studios, features re-recorded versions of five classic songs from the original demos plus five brand new songs.

Regarding the video for "Clever", frontwoman Sabrina Kihlstrand says: "We are incredibly happy to present our second video from our album 'Breaking The Ice'. The video is directed by Berget Bergman (MMI, REIGNSAW) and was filmed during our Scandinavian tour with REIGNSAW and F.K.Ü. The song itself is about being let down by a friend from an ironic perspective."

As one of the more acclaimed thrash bands in Europe during the 1980s, it was nothing short of criminal that the all-female lineup ICE AGE never got to release any material except via their classic demo tapes.

ICE AGE, from Gothenburg in Sweden, was formed in January 1985 by Kihlstrand and Pia Nyström, who met through an ad in a music store. The band lineup was completed with Sabrina's sister, Helena, and Tina Strömberg behind the drums.

During the band's early stages, they were more power metal-oriented, and this sound fed through their first demo, "Rock Solid", (which was the band's original short-lived name before changing to ICE AGE — something more akin with their origins in the cold winters of Scandinavia).

There then came the first of the band's lineup changes when Helena passed over her bass duties to Larsson at the end of 1986.

Their sound gradually became more raw, which distanced them from the more standard metal riffs of IRON MAIDEN and QUEENSRŸCHE, and more towards the thrash style of early MEGADETH and METALLICA.

ICE AGE played very technical thrash, which can be heard in their demos "General Alert" (1987) and another that was untitled (1988).

The band toured in several countries and played many festivals, including the well-known Open Air in Lamone, Switzerland, in front of five thousand people. They also played the legendary Marquee club in London.

The four Swedes gradually gained more and more popularity, which surged after the recording of their next demo, "Instant Justice", in 1989.

Midway through their next tour came a major problem though: vocalist Sabrina left the band due to irreconcilable problems with the band's then-manager.

Curiously, it wasn't one but two new members that replaced her: the Italian guitarist Isabella Fronzoni and American Debbie Gunn on vocals. This lineup existed only for six months and yet again, problems with the bands then-manager were too difficult to repair.

Finally, ICE AGE split in 1990 after having sold thousands of copies of their demos.

Over the years, the interest from fans worldwide has remained, and although ICE AGE may have long been split, they have not been forgotten. 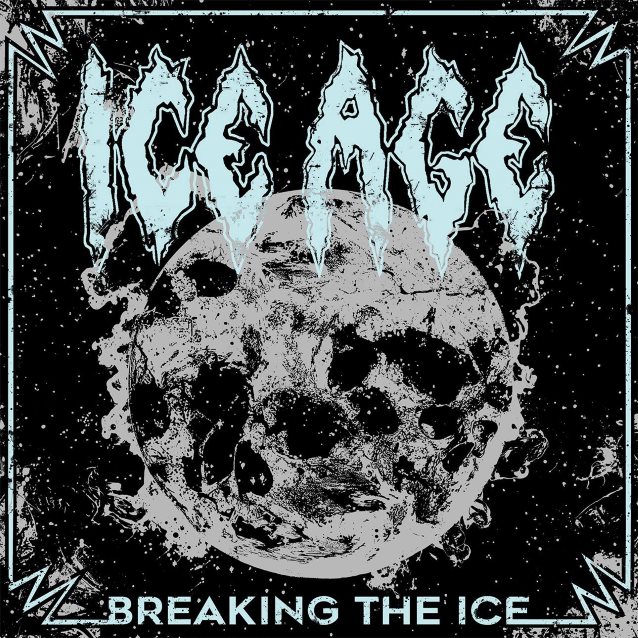