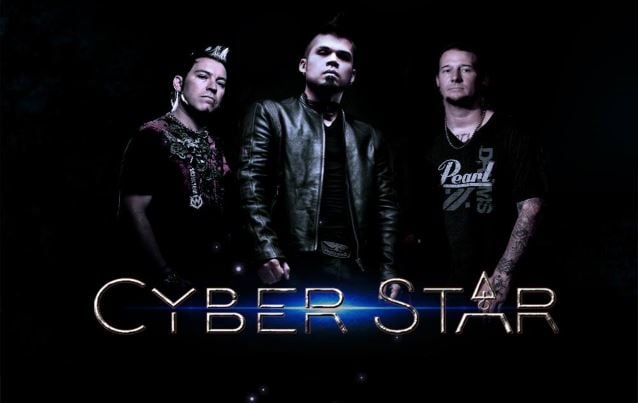 Said CYBERSTAR in a statement: "We wanted to release not just a lyric video, but also a tribute video dedicated to some of the artists who helped influence our lives and the world. What better way to do it, our song 'Never Die' is perfect."

CYBERSTAR was spawned when Moreno and Grey met while on tour together in Europe and decided to get together to write some songs. With the addition of Winterrowd, great chemistry came together and the writing process began.

CYBERSTAR has previously released the songs "Eye For An Eye" and "Floods".

Asked how CYBERSTAR came up with its name, Grey told I'm Music Magazine: "I threw names out there, and since this is pretty much a cyber project, I just threw the word 'star' behind 'cyber' and it sounded pretty cool and there you have it. [Laughs] Honestly and truly, I thought about Jasen; he's a freaking badass rock star and that kind of inspired that to come about too. He's an all-around awesome vocalist and great in the studio as well."

Grey also talked about the CYBERSTAR songwriting and recording process. He said: "Jasen, myself and Dusty hash out riffs together. Once we like what we've got, Jasen will throw the lyrics together for it and that's how we’ve been doing it so far. [As far as recording goes], we'll do it all separately; we'll get a final of the drums first and everybody will okay that. Then, I'll throw the guitars and the bass down and everybody will okay that. Then Jasen will lay down his ideas in his studio and we'll get it all mixed by a guy in A1A Studio in Jacksonville, Florida by the name of Paul Lapinsky and put it out there."