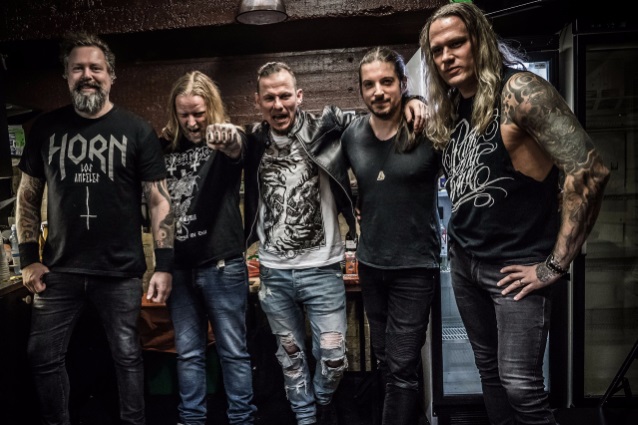 CYHRA's video for the song "Heartrage" can be seen below. The track is taken from the band's debut album, "Letters To Myself", which was released last October via Spinefarm Records. The disc was recorded at Top Floor Studios in Gothenburg, Sweden.

CYHRA made its live debut on October 27 at Nosturi in Helsinki, Finland.

CYHRA will support KREATOR and SABATON on their North American tour in February and March. CYHRA will join the trek in Portland on February 12.