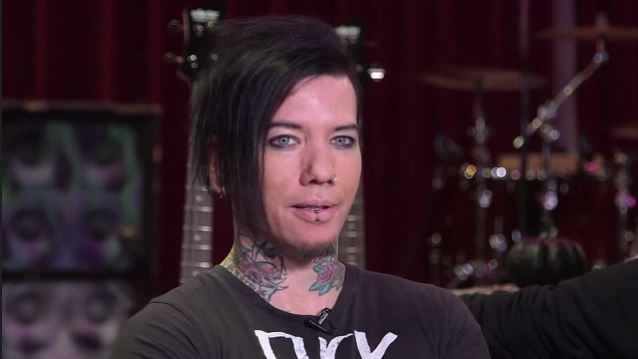 D.J. ASHBA On GUNS N' ROSES' Current Status: 'I'm Looking At This More As A Hiatus Than The End'

Even though GUNS N' ROSES has been inactive since the end of its most recent residency in Las Vegas in June 2014, the group's guitarist of the last six years, D.J. Ashba, says that he expects to return to the stage with GUNS N' ROSES frontman and sole original member Axl Rose at some point in the not-too-distant future.

"I've got his back whenever he needs me," Ashba tells the Las Vegas Sun. "Ever since I joined GN'R six years ago, it's almost been nonstop touring. But we've kind of talked of more touring, and I'm looking at this more as a hiatus than the end."

Rose last year denied rumors that he was breaking up GUNS N' ROSES and considering retirement. Responding to a report at RadarOnline.com in which anonymous sources claimed that the group was finished, Rose posted a message at the band's Facebook page which read, "I'm not going anywhere . . . GNR fans sure have a Radar for BS! Love you all!"

Another source claiming to be close to the Rose camp dismissed the report as "bullshit," adding that the members of the band had merely been notified that their calendars would be clear for the immediate future so that they could do other things.

The RadarOnline.com report had suggested that the band would call it a day after finishing up its second Las Vegas residency at the Hard Rock Hotel, which ended on June 7, 2014.

The source for RadarOnline.com said, "Band members have been told their calendars are free following Vegas. Axl is considering retiring and it’s done. Band members and support staff were surprised when told the news and are actively looking for work."

GUNS N' ROSES keyboardist Dizzy Reed told Billboard.com about the breakup and retirement rumors: "You know, so much of that crap gets out there, you can't believe any of it. At this point, having been in the band for so long, nothing surprises me. When I hear things like that, I immediately dismiss them until I hear further. I'm never really concerned enough to even ask where it came from, or why, because if it's that important, I'll be getting a phone call."