"Yes We Die", the new video from French metallers DAGOBA, can be seen below. The song is taken from the band's fifth album, "Post Mortem Nihil Est", which was released in Europe on May 27, 2013 via Verycords. The cover artwork for the CD was created by Seth Siro Anton.

In a recent interview with Suicide Scriptures, DAGOBA vocalist Shawter Oymyakon stated about the songwriting process for "Post Mortem Nihil Est": "For this album, I composed the songs in short time… in about 10 days. A song a day.

"I was out from a very obscure and sad time of my life, and I wanted to end this… kinda depressurize composing new stuff.

"For the first time in our career, we decided not to change a single note from the songs I wrote. I guess the record couldn't be more sincere."

He added: "Each record is a new adventure. And, of course, we want to improve ourselves each time. We give our best from gig to gig, record to record, and I hope our next album we'll be better again."

Oymyakon also commented on the band's decision to work with Los Angeles-based producer Mader this time around, saying: "Of course it was an artistic reason first. We're not a big or a rich band, so, believe me, if Logan could have been my neighbor… but still, now that the job is done, we're really happy that the U.S. market got an eye on us." 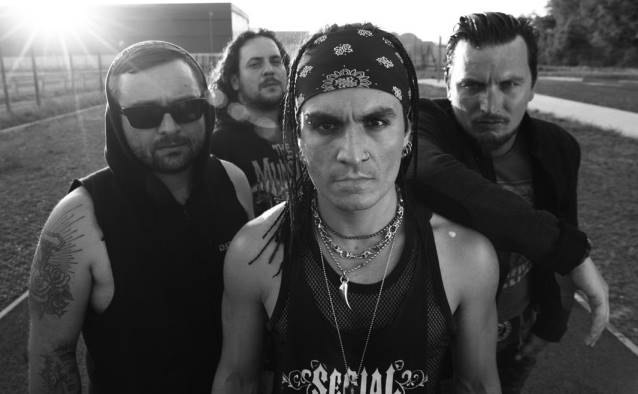