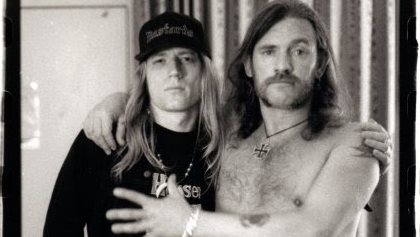 DANGEROUS TOYS Singer JASON MCMASTER Remembers LEMMY: 'He Made Us Feel That We Were All Connected'

Said McMaster: "I heard MOTÖRHEAD for the very first time in spring of 1981. I was about 17 years old and the 'Ace Of Spades' record was brand new. They were touring with Ozzy's BLIZZARD OF OZZ through Texas and my friends had seen them live. I missed my chance at that time.

"My band DANGEROUS TOYS was recording with Ozzy's producer Max Norman ('Blizzard Of Ozz', 'Diary Of A Madman', MEGADETH; Y&T; FATES WARNING; ARMORED SAINT; LOUDNESS) at Sound City studios in Van Nuys, California. We all went to the Rainbow Bar & Grill for the very first time, starry eyed with hopes to run into someone famous. That someone was Lemmy. Max busted my balls telling him I did a Lemmy impersonation. Max made me do it for him. It was ridiculous. Lemmy was unphased and super down to earth. We all wound up sitting at his table for hours.

"I saw Lemmy every day for about two months and got to hang and learn Lemmy things. I have a video of Lemmy wearing 'Daisy Dukes' playing guitar and former MOTÖRHEAD guitarist Würzel (R.I.P.) just drinking in our dressing room and jamming along on the song 'Leaving Here'. I cherish it, even though it is not that great.

"Lemmy gave me his number and we kept in touch. (I still have his business card with handwritten address and phone number on the back.)

"In early 1992, we were writing new music and Lemmy offered his lyrical skill to the cause. I still have the handwritten lyrics give to me by Lemmy in yellow legal pad paper signed and dated by L. Kilmister. It was crazy to get that in my mailbox.

"We dropped by with a cassette of the song at a MOTÖRHEAD rehearsal, where they were rehearsing with who at the time was their new drummer Mikkey Dee. We hung out, listened to the song and Lemmy says, 'I wrote it as a 12 barre,' kinda like a WTF moment. We were thinking he didn't like it that much, that we had opted out of writing something that sounded like a MOTÖRHEAD song.

"The song never made any final cut but the mere fact that he would offer some kid in a band he may not have liked much, a hand in helping with some lyrics still blows my mind.

"Me and my friends had a blast hanging with him, touring with him and writing with him. We were not close, but he made us feel that we were all connected.

"Little did we know. My band BROKEN TEETH were recording our recently released 'Bulldozer' record, we planned for the MOTÖRHEAD song 'The Hammer' to be on it; as it was always a favorite off of the 'Ace Of Spades' album. Like most bands, we wanted to have a couple of kickass cover songs to make it even more fun.

"In hindsight, it is very sad to have lost two founding members of the original MOTÖRHEAD lineup (drummer Philthy 'Animal' Taylor and Lemmy) just months after the album's release.

"'Born to Lose, Live to Win'... Infamous words, even while they were walking and breathing in his song or on his tattoo.

"I say farewell now to the general of rock and roll, Ian Fraser 'Lemmy' Kilmister. We were not close, but you brought me in and fed me. I will never leave you. Thank you, sir. 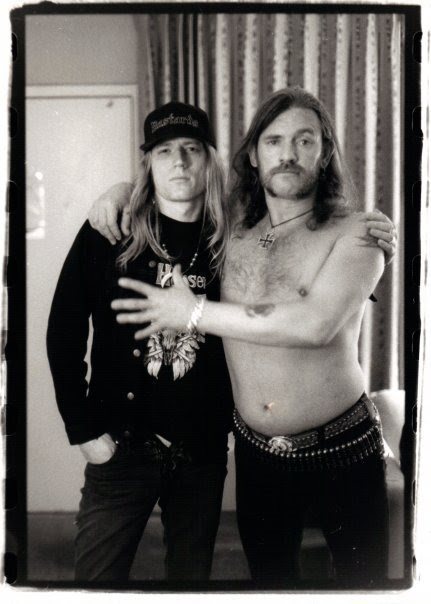 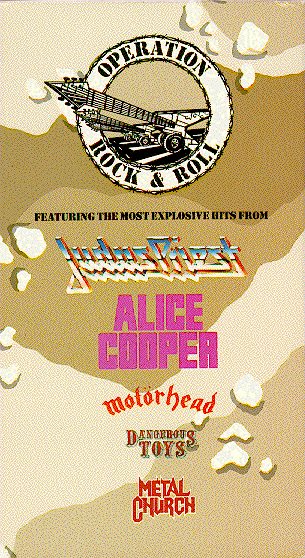