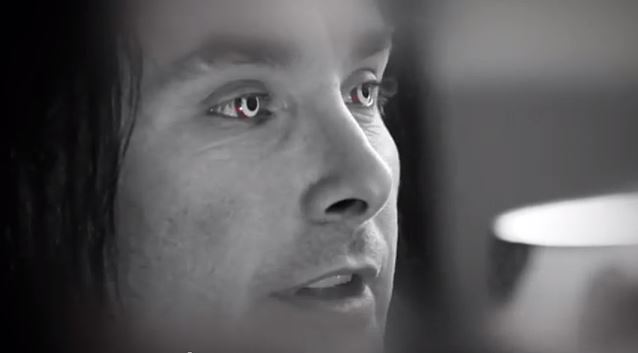 Nev Pearce of Australia's "Rabid Noise" podcast recently conducted an interview with vocalist Dani "Filth" Davey of CRADLE OF FILTH and DEVILMENT. You can now listen to the chat in the YouTube clip below. A couple of excerpts from the chat follow (transcribed by BLABBERMOUTH.NET).

On CRADLE OF FILTH's upcoming studio album, which the band will begin recording on November 24 for a tentative June 2015 release:

"We've got 15 tracks which we'll address in the studio, so we don't know which ones are gonna make the actual finished album. But it's sounding amazing.

"It hasn't got a name, but the working title is 'Hammer Of The Witches'. Because of our new lineup and everything else… It's amazing. It's gone back to the twin-guitar harmonies — very fast and ornate and atmospherically sppoky, but [with] lots of melody. I thnk it's gonna surprise a lot of people."

On how DEVILMENT is different from CRADLE OF FILTH:

"Hopefully people will embrace [DEVILMENT] and realize that it's not CRADLE OF FILTH and it is different, and that's the whole point about it. There'd be no point in me doing another band like CRADLE OF FILTH; I might as well just join DIMMU BORGIR or something. And the premise behind DEVILMENT is its approach about it is different. Each song is its own entity; some are quite simplistic, some are a bit more varied, with different instrumentation. But it's all about the heaviness, the big beat, the groove, the massive riff, the chorus, etc. etc. It's not everybody's cup of tea, and it may be more people's cup of tea than CRADLE, but, essentially, it's a different entity."