Glenn Danzig's long-awaited covers record, "Skeletons", will be released in Europe this fall via Evilive Music/AFM Records. The CD, which was recorded with PRONG guitarist/vocalist Tommy Victor and former TYPE O NEGATIVE drummer Johnny Kelly, will include the ex-MISFITS frontman's take on songs by BLACK SABBATH ("N.I.B."),ZZ TOP ("Rough Boy"),THE TROGGS ("A Girl Like You"),THE EVERLY BROTHERS ("Crying In The Rain") and others.

The first single from "Skeletons" is "Devil's Angels", which was originaly the theme song for the late '60s biker film of the same title. The track was released on September 4 on seven-inch vinyl, strictly limited to 500 units. The B-side of the single is a vocal-and-keyboard version of "Satan", from the 1969 biker flick "Satan's Sadists".

Commented DANZIG singer and namesake Glenn Danzig: "I've wanted to record ['Devil's Angels'] since 1979 and this is exactly the same arrangement I had for it back then, so it pretty much sounds like that late '70s style of mine. I'm really happy with the way it turned out; it actually came out much better than I had hoped it would."

"Devil's Angels" was originally made available via Glenn's official web site in 2012 and was performed live that same year.

Asked how he decided which songs to cover on "Skeletons", Glenn told LasVegasMagazine.com: "I just start thinking of what songs I want to record, especially for the covers record. What do I want to cover? Can I bring a new element to it? Can't just be songs I like. It's got to be songs I like and that I think I can give a new direction to, and bring a new dimension to."

He continued: "That's my attitude with covers. Unless you're going to do something different with it and give it a new life, or give it a new dimension, leave it alone. It's going to be judged against the original anyway. If you just try to record it exactly like the original, everyone's just going to like the original better because they've heard it a million times. Also, why cover it if all you're going to do is just cover it? At least that's my opinion, and that's why if I'm going to cover a song, I'm going to give it a new life, new dimension, new feeling. Do something different with it."

Danzig also spoke about some of the other tracks that were recorded for "Skeletons". "[There is an] Elvis cover, of course. It wouldn't be a DANZIG covers record unless there was an Elvis and a SABBATH track. The Elvis cover I did was 'Let Yourself Go'. There's two biker movie theme songs from the old A.I.P. (1950s-1970s low-budget, independent film company American International Pictures) movies that I covered, 'Devil's Angels' and 'Satan's Sadists'. Then there's a RASCALS cover on there, an AEROSMITH cover. A lot of people have been like, 'Wow, this is all over the place,' but it gives insight into some stuff that I listen to." 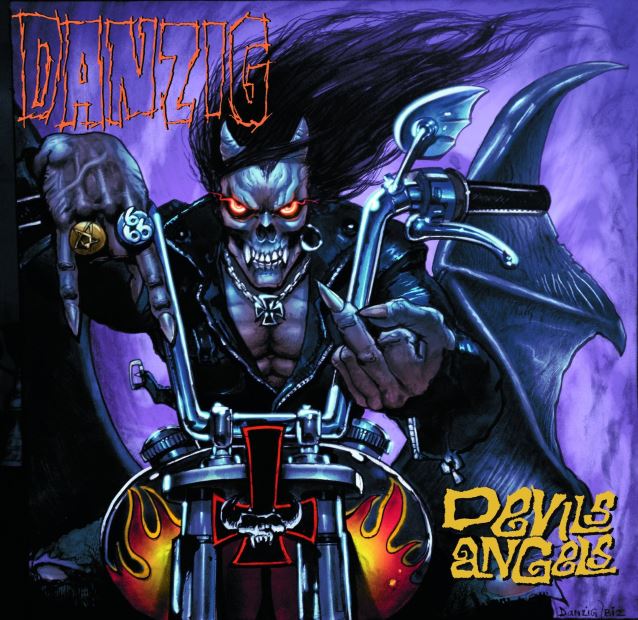