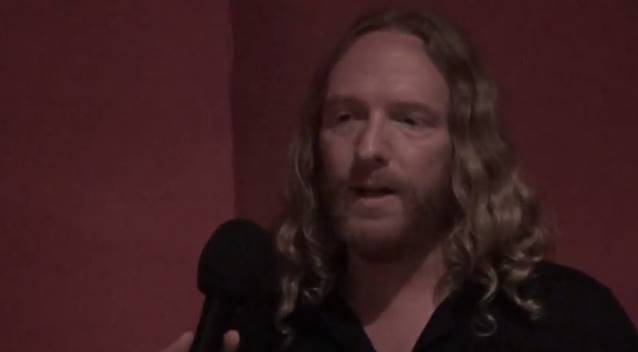 TheMetalPriest.com conducted an interview with vocalist Mikael Stanne of Swedish melodic death metallers DARK TRANQUILLITY on February 22 at the House Of Blues in West Hollywood, California. You can now watch the chat below.