A mini-site for "Dark Thrones and Black Flags", the new album from the Norwegian black metal band DARKTHRONE, has been launched at this location.

"Dark Thrones and Black Flags" is scheduled for release on October 20 through Peaceville. The follow-up to 2007's acclaimed "F.O.A.D." LP will be made available in three formats: a regular edition in super jewel case; a vinyl edition; and a special edition in a slipcased super jewel case package with exclusive new video footage featuring DARKTHRONE in the studio — "Fucking Around Version 1" and "Fucking Around Version 2."

On the approach that other bands choose to take with their music, Fenriz said, "A lot of bands chose to think, 'Oh, 'Transilvanian Hunger'! If you play that twice the speed, with synthesisers, and a professional sound, it will be three times as good!' They make Disney version. When I first heard 'In the Nightside Eclipse' [EMPEROR's full-length debut], I was just like, 'Turn this off!' Everyone else was just like, 'What!? Don't you like this?' And I was just thinking to myself, 'Okay, we're on a different ballpark here.' And I just stick to myself and listen to thrash." 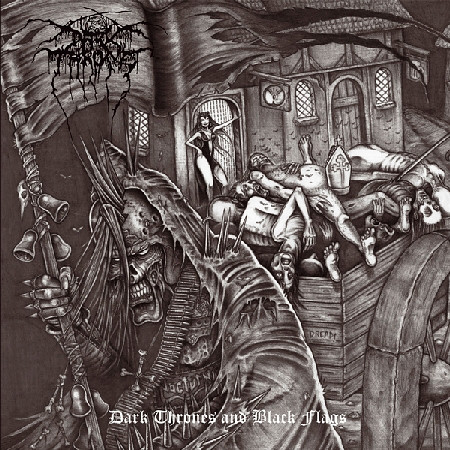