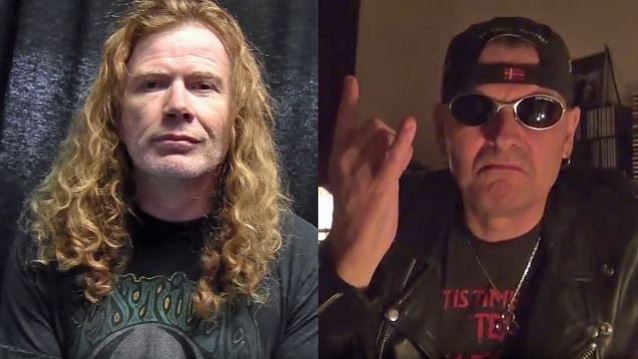 Legendary MERCYFUL FATE axeman Hank Shermann, who played guitar for VOLBEAT on the latter band's 2012 U.S. tour, says that MEGADETH mainman Dave Mustaine did not allow King Diamond to perform with VOLBEAT during that year's Gigantour.

When the MEGADETH-headlined Gigantour hit King's adopted hometown of Dallas, Texas four years ago, VOLBEAT asked King, a fellow Dane, to join them on stage to sing the MERCYFUL FATE classic "Come To The Sabbath". "But, apparently, Dave Mustaine didn't want King to be onstage and do whatever Satanic lyrics, or whatever that was all about... So, King came to the concert and he was given the… he was told that, 'Hey, King, you're not allowed' from Mustaine, for some reason," Shermann told Alec Damiano of Vita In Musica (hear audio below).

VOLBEAT played the intro to "Come To The Sabbath" anyway, with King singing the lyrics from the audience.

"That was pretty funny," Shermann continued. "What that was all about, I really don't have a clue. I don't know if suddenly Mustaine had gotten into God, or, you know, for whatever reason. [Laughs] But that was pretty bizarre, you know, because back in the days, they were very good friends... MEGADETH were touring with [KING] DIAMOND in the '80s. So there's [been] a lot of changes in that band [MEGADETH]. But, you know, they're good guys... and I like them, and they have made some really cool records over time."

In the mid-2000s, the now-born-again Mustaine threatened to pull MEGADETH out of festivals that featured other metal bands named ROTTING CHRIST and DISSECTION over their professed Satanism. "I've never believed in singing about Satan and thinking he's cool, because he's not," he later told Decibel magazine. "As far as me playing with bands like that, I started thinking, 'You know what, Dave? You're a headliner. If you don't wanna play with people that make you uncomfortable, you don't have to.' Especially if they're singing about the confessed enemy of someone you believe in. I mean, what idiot gets onstage with their confessed enemy?'"

Mustaine appeared to soften his stance during a 2014 interview with the Israeli metal radio show "Met Al Metal". He stated about his past refusal to share the stage with certain bands: "It's just a personal preference that I had at the time. I've learned a lot more now. So if the opportunity came up to play with bands that were contrary to my personal, political, spiritual or any kind of moral values that I have, that's something between me and my relationship with God. I don't push that on anybody anymore. At the beginning, I didn't know and I wanted to play it safe. And I think that anybody who would judge me and say, 'Ah, you know what?! Dave made a huge mistake. He just joined a new club and he didn't know all the rules, so instead of breaking the rules, he said 'fuck you' to everybody.' That's not me, man. I like to do things right. So I played it safe, I learned a lot about it and I've opened my mind up to it." 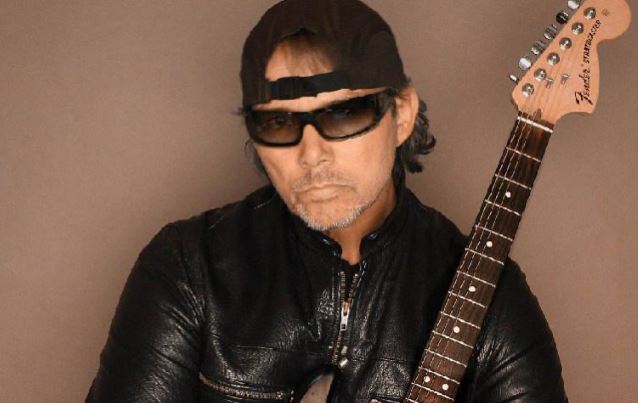