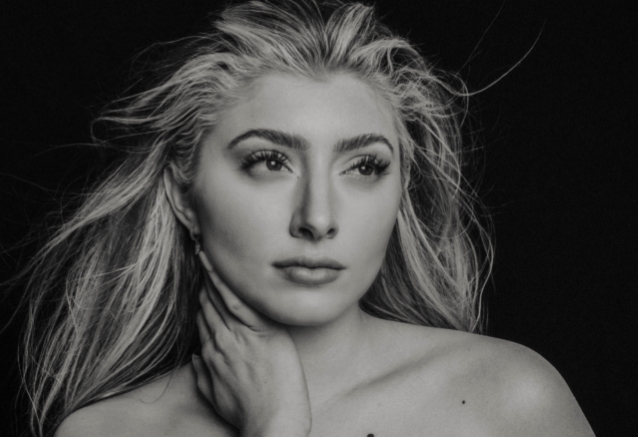 Rising star pop singer Electra Mustaine has always been an artist that commands attention — not just from the weight of her lineage (her father is MEGADETH founder Dave Mustaine),but by effusing knowledge of self by unapologetically embracing who she is. At 23 years old, Electra has begun to hone in on a unique identity as a musician, balking the expectations of those who remember her from numerous performances with her father, stints in musical theater and a country-pop rendition of MEGADETH song "I Thought I Knew It All".

"Evergreen" is the first look at the new world of music we can expect from Electra. A modern pop sheen, infectious beat and lush production (courtesy of Los Angeles-based producer Breyer White) are perfectly paired with lyrics that are as introspective as they are a statement of independence. Her vocals distinguish her from the crowded pack of up and comers in the pop genre, with a unique raspy edge and a wickedly alluring tone that serve as a gentle reminder that even though she isn't fronting a metal band; she is still a force to be reckoned with. Fans of Miley Cyrus, GARBAGE, Liz Phair, Gwen Stefani et al will find something new to love here.

"'Evergreen' shares my experiences in music and in life; constantly seeming to fail outside expectations but consciously choosing to ignore them" explains Electra. "We all have that little rebellious streak about us. Early on, I was like, ' I want to be my own person'. I tried to step away from the identity that was my father's by doing something opposite musically, but authentic to me!"

Back in 2013, then-15-year-old Electra performed her version of MEGADETH's "À Tout Le Monde" with Jason Kertson, the grandson of Rob Lind, a member of THE SONICS, at several live appearances, including on King 5's "New Day" TV show. Three years later, she recorded a cover of "I Thought I Knew It All", which originally appeared on MEGADETH's 1994 album "Youthanasia".

"Being on stage is so addicting," Electra said in a 2016 interview. "It's a high that you can't shake.

"Music is in my blood," she added. "I just interpret it much differently [from the way my father does]."

Electra told Rolling Stone Country that she wanted to cover "I Thought I Knew It All" because she felt "it'd be a great tribute to MEGADETH fans for all the years of support. I wanted to say thank you, because, honestly, if it weren't for MEGADETH fans, I wouldn't be able to try to fulfill my dreams now," she explained. "I thought, let's show everyone this is where I come from, and yes, I am Dave Mustaine's daughter, but look what I can do with it. We tried to make it organic, raw and vocally driven."

Expect more infectious pop from Electra Mustaine throughout the year — culminating in a full-length release in early 2022. 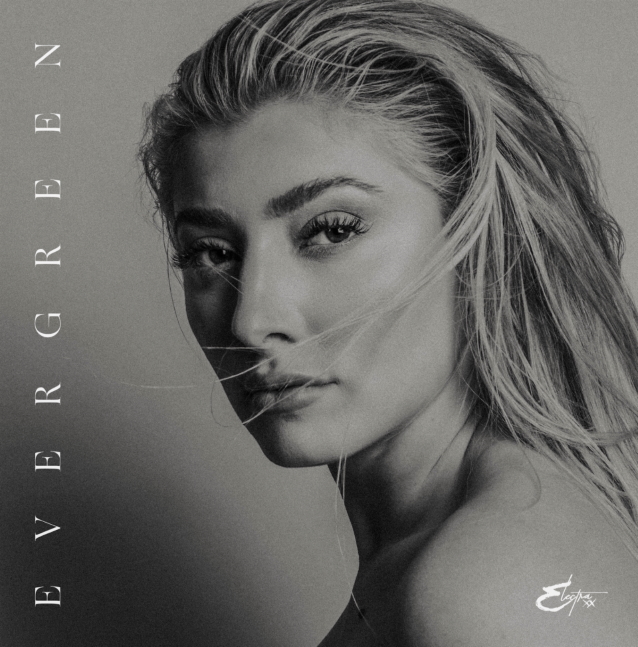