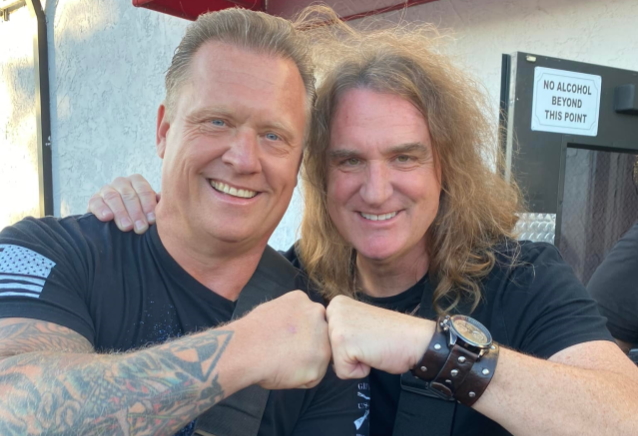 David Ellefson (MEGADETH), Adam Duce (MACHINE HEAD), Phil Demmel (VIO-LENCE, MACHINE HEAD), Marta Demmel (BLEEDING THROUGH) and Wayne Lozinak (HATEBREED) are among the musicians who took part in a jam by the hard rock/heavy metal covers band THE MERKINS this past Sunday, July 3 at Demmel's sports bar, The Back Lounge, in Dublin, California.

A few hours after the jam, Ellefson shared a few photos of the event and wrote in an accompanying message: "Rolled up to the Bay Area for a killer weekend with Phil Demmel Marta Demmel Adam Duce Bill Xavier and the gang at The Demmel's bar The Back Lounge in Dublin, CA to join in on their kick ass MERKINS jam! A good time was had by all!"

Phil was equally enthusiastic about the jam, writing on his Instagram: "Might've been the most fun MERKINS Jam yet. So many highlights from jamming with @realadamduce and @waynelozinak and newest Merkin family member David Ellefson, and the same with all my friends, especially my Wife (who NAILED Rainbow in the dark!) and son Jadon who despite how shy he is around adults, has NO problem getting up and playing silly cover tunes with us. Proud of you Son!!! Until next time (definitely DON’T hold your breath!) Thank you all who can out a packed our bar with so much positive energy. Zero EGO amongst us all."

Ellefson was fired from MEGADETH in May 2021, just days after sexually tinged messages and explicit video footage involving the bassist were posted on Twitter. At the time, Ellefson released a statement on Instagram denying all social media chatter that he "groomed" an underage fan. He also filed a report with the police department in Scottsdale, Arizona alleging unlawful distribution of sexually explicit images of him by unknown offenders.

Duce exited MACHINE HEAD in February 2013 and was replaced four months later by Jared MacEachern. Adam then sued MACHINE HEAD, claiming that the other bandmembers "simply kicked him out of the band and presumed he would forget about over two decades of hard work, dedication, and effort" he put into the group. Duce also said his likeness was used on the band's web site and in promotions without his authorization. The lawsuit was settled out of court in July 2014.

Duce, who played on MACHINE HEAD's "Burn My Eyes" LP, wasn't involved in the recent tour to celebrate the 25th anniversary of the classic debut album.

Well..what a weekend... Phil Demmel asked me to sing backups on Cold Gin with his super fun Merkins band which is a lot of great singers and musicians jamming covers...and guess what? Dave Ellefson (Megadeth) was there to join the party! The highlight for me was hearing his wife just sing her tail off all day. Amazing!
(Tried to rotate the video...but the screen only comes out a green color. Sorry) Tim Beamy O'Connor Crystal Kentzell ChrisThe PhotoMan Kentzell Shack, Derrick Ramirez, Perry Strickland Todd Calvert , Marilyn Wong partied down too! 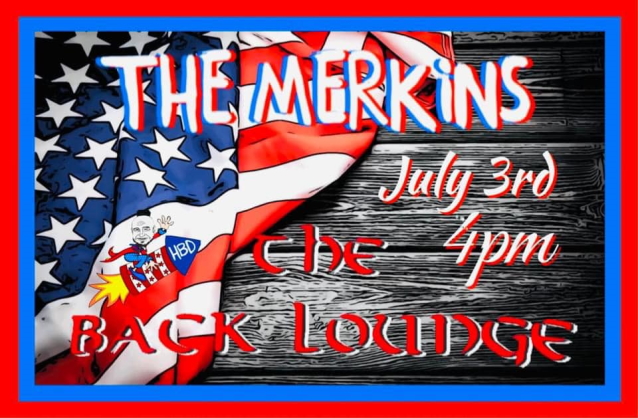