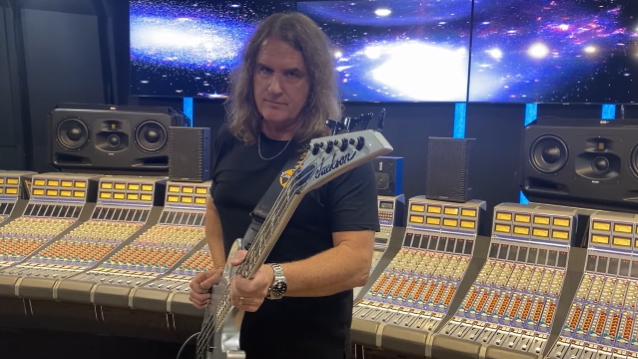 Jackson Guitars has uploaded a new episode of "Behind The Riff" in which former MEGADETH bassist David Ellefson takes you through the story of a riff from the band's classic song "Hook In Mouth".

In the five-and-a-half-minute clip, which can be seen below, Ellefson says in part: "So the riff I chose if from the song 'Hook In Mouth' from the 'So Far, So Good... So What!' record by MEGADETH. It was actually the first record that I picked up my guitar and started doing a lot of songwriting. And so essentially composing riffs. And a lot of these bass parts were sometimes doubling up the guitar, but it definitely required a lot of the palm muting right-hand technique, which kind of became a signature of the MEGADETH style of performing."