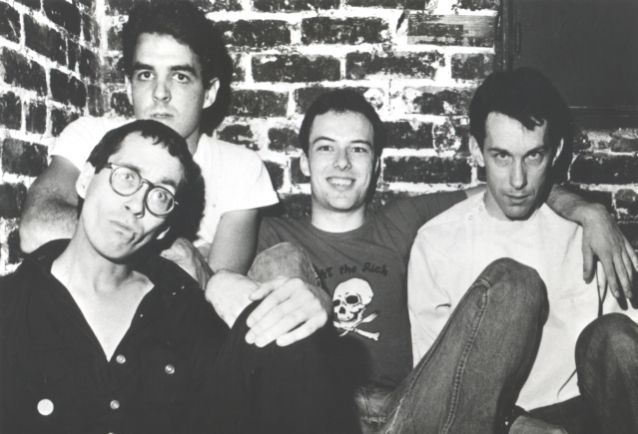 "When the label suggested we remix 'Fresh Fruit For Rotting Vegetables'," says East Bay Ray. "Klaus Fluoride [bassist] and I were skeptical, but we thought, 'Why not? Let's give it a try.' And, wow, Grammy-winning maestro Chris Lord-Alge was interested! It turns out he's a big fan of the band... We tried one song, 'Chemical Warfare'. What Chris came back with was amazing. Everyone heard the difference, so we said, 'All right, let's go!'"

"Revisiting 'Fresh Fruit for Rotting Vegetables' was such an inside peek at a band packing so much excitement onto tape for every song," says Lord-Alge. "The style and playing has such drive and spirit. The big challenge for me was keeping it honest to its original sound and not letting it become modern but improving the separation and clarity. A major chapter in history for DEAD KENNEDYS."

While "iconic" and "classic" has been overused to the point of being an eye-rolling cliché, "Fresh Fruit For Rotting Vegetables" is just that — a hugely influential work that created a major shift in the culture and creation of music to come. "The band's creative m.o.: left-leaning politics, mordant humor, gonzo imagery (What the hell do suede denim secret police want with your uncool niece, for Christ sake?),and muscular instrumentation. There was no other band that sounded like DKs," details Amy Linden, nationally recognized journalist and former DK tour manager. "DEAD KENNEDYS belied the mainstream narrative/falsehood that punk was more about provocation and attitude than actual skills and song craft. Which is not to say that DEAD KENNEDYS didn't have a healthy respect for provocation: this was a band not afraid to push, and even tear off, buttons."

A harsh reaction to the Reagan era in American politics, "Fresh Fruit For Rotting Vegetables" tackled capitalism (the scathing and sarcastic and "Kill The Poor"),bioterrorism ("Chemical Warfare") and even "affluenza" ("Holiday In Cambodia"). "California Über Alles" (a pointed take on the anthem of Germany which begins "Deutschland, Deutschland über alles") was a blistering satirical take on governor of California Jerry Brown (1975-1983) and "hippie fascism."

"If you had to define and summarize all of punk rock, in my opinion it would be the SEX PISTOLS' 'Never Mind The Bollocks', the RAMONES' 'Rocket To Russia' and DEAD KENNEDYS' 'Fresh Fruit For Rotting Vegetables'," says former MEGADETH bassist David Ellefson. "It is a slab of timeless perfection that will never be duplicated or imitated," adds Fletcher Dragge of PENNYWISE. "My education was punk rock — what the DEAD KENNEDYS said — it was attacking America, but it was America at the same time," contributes GREEN DAY's Billie Joe Armstrong. For Dave Grohl of FOO FIGHTERS, the band's impact was visceral and impactful. He remembers, "I went to the DK's 'Rock Against Reagan' show in Washington [1984]. The DEAD KENNEDYS were playing and were one of my favorite bands. There were police helicopters all over the place and buses filled up with riot police. As a thirteen-year-old kid, that was like my own little revolution."

But what matters most is the music. As historic as "Fresh Fruit For Rotting Vegetables" stands in the pantheon of music, it's the personal effect it has on the listener and how it really does stand the test of time.

"Back in the day, 'deep listening' was a part of the culture," concludes East Bay Ray. "When anyone got a new record, they sat back in a sofa or chair, album cover in hand, and just listened. Dr. Ray highly recommends this for the 2022 mix of 'Fresh Fruit For Rotting Vegetables'." 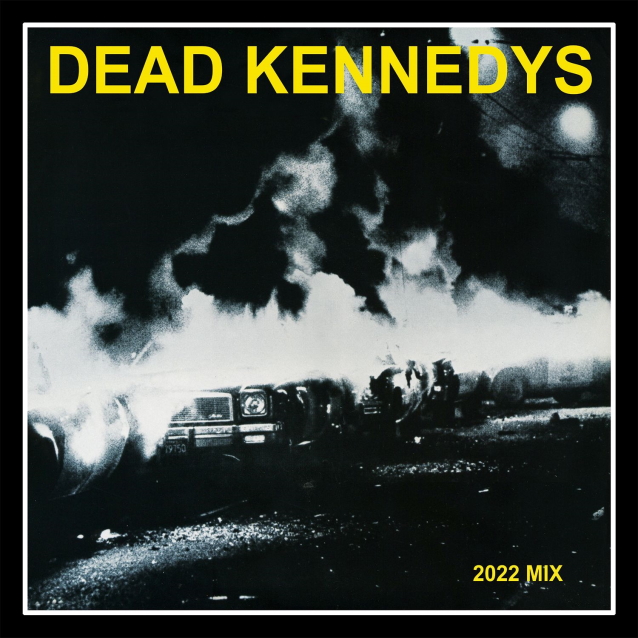