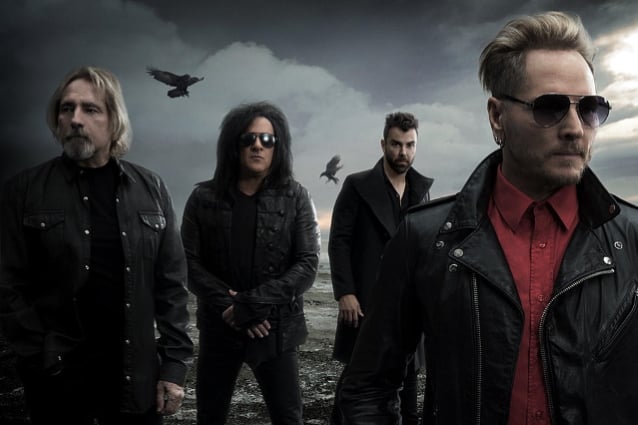 "I think it's done, although there was a lot of material that was written that I hope will see the light of day in some form or another," the guitarist said (as transcribed by BLABBERMOUTH.NET). "I'm still friendly with all those guys."

As for what caused DEADLAND RITUAL to come to and end after only releasing two songs, Stevens said: "It was really difficult. We were about to sign a deal. We went out and toured Europe. We're all seasoned musicians and we're used to a certain lifestyle, and here we were having to open. We did a number of festival dates and small club dates. Initially, everyone said they were willing to do that, willing to get in the trenches. When reality hit and there was crappy food and crappy hotels and all that kind of stuff, I think people lost interest."

Steve went on to praise the musical chemistry between the members of DEADLAND RITUAL, saying: "From the first day of rehearsal, to walk in there and play against the sound of Geezer Butler, man, I would have paid just to be there. Incredible. For bass players to have such a unique and profound influence on music, those records and that sound that I grew up with, and there I am playing against it, the hair stood up on my fucking arms. I mean, it was incredible. And [he's] such a gentleman. And the rhythm section of him and Matt was undeniable."

Last March, Butler told "Trunk Nation With Eddie Trunk" that DEADLAND RITUAL was "dead." He explained: "The virus put the final nail in the coffin. We had 12 or 13 songs written. We were about to go into the studio [in] March [2020], and everything closed down. Matt left the band. And Steve has got, I think, a lung condition or something, so he couldn't leave the house 'cause of the virus. And we just didn't revive it. You never know — we might do it next year or something. I don't know."